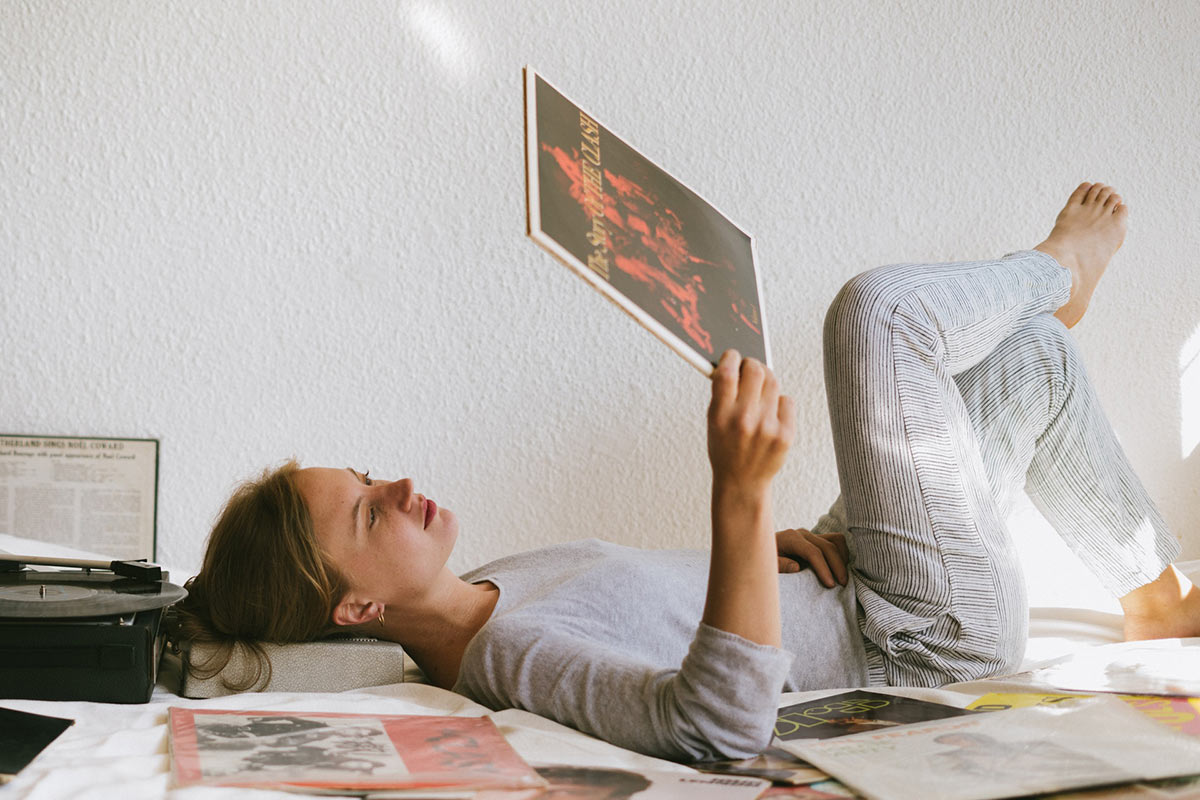 It goes without saying that there would be no Cover Heaven without vinyl records. If vinyl had never existed it’s doubtful anyone would find CDs as compellingly collectable or desirable. Yes there are some CDs that are valuable as a quick trawl through eBay’s listings would confirm but they are mostly valuable for being associated with collectable artists – the Beatles, Bowie, Dylan and many other classic artists. It’s hard to imagine an auction battle for One Direction’s third single or second album, let alone “XArtist featuring ZArtist (romping mix)”.

Vinyl records on the other hand continue to gain value as the years roll by. This value can be monetary – for example a first issue of The Beatles’ “Please, Please Me” album on a gold Parlophone label would empty your bank account of at least £5000 ($7000) – or aesthetic. By this I mean an album and its cover can have value to an individual such that he or she will pay considerable sums to own it. This is down to several factors including the “feel” of an album, the weight, the artwork, the lettering, the inner sleeve, the centre labels, and perhaps most of all – the sentimental value that a particular record has for the individual. For people over a certain age the experience of buying and owning vinyl records is seared into their memories and the mere sight of a 12 inch disc of black plastic of the right vintage and providence is enough to get the nostalgic juices flowing. Alongside that is the pleasure of sharing the love with others in a way that is simply impossible with downloads or other digital versions. Who hasn’t enjoyed slipping a record out of its 12 inch square cover (30cm for the younger readers) and handing it to your guest/friend/girlfriend/boyfriend while you take the record to the turntable and ever so carefully drop the needle onto the start of side one. The necessity of turning the record over for side two becomes a ritual rather than a chore and listening through from the beginning to the end pays respect to the artist in a way that shuffling digital MP3s around fails to achieve.

It isn’t only old vinyl records that are changing hands for sums that might surprise. New vinyl sales continue to rise with the top twenty vinyl charts seemingly evenly split between current artists and artists of yesteryear. For example as of July 2020 at number thirteen on the vinyl sales charts for 2020 so far is the Beatles’ Abbey Road – a release that is now almost 51 years old. In the same chart is another Beatles album – “Sgt. Pepper’s Lonely Hearts Club Band“. Other “classic” artists in the vinyl charts include Fleetwood Mac, Pink Floyd, Nirvana, Queen, David Bowie and Bob Marley.

The market for second hand records remains buoyant if the listings on eBay are anything to go by. A current example is this Della Reece album – and it’s also one we have within the hallowed portals of Cover Heaven – which is going for £15. The interesting thing about it is that it’s not the 1960 original but a 1983 reproduction complete with “old” stickers. There is clearly a demand out there for it despite its lack of originality.

Investing in vinyl is a little like investing in the stock market – if you don’t know what you’re doing you can get burnt quite easily! If, however, you are collecting for personal pleasure then there is plenty of opportunity out there to grab the memories you hold dear, at reasonable cost – in physical vinyl form.