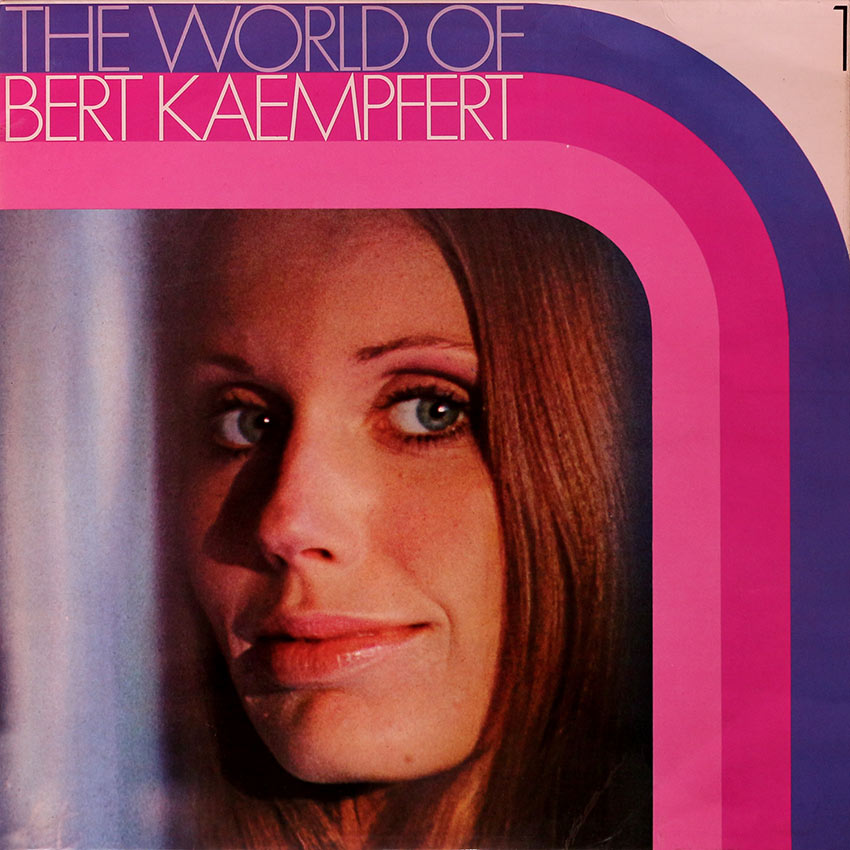 Reader’s Digest is a publishing concern of global proportions. One of its sidelines was the compilation record box set of which this particular release was once a component. Bert Kaempfert’s records are some of the most obvious contenders for inclusion into the Cover Heaven galleries. To see more of his output check out these covers.

Popular music these days is very different from what it used to be In the old days, say twenty or thirty years ago, when America ruled the world markets it was quite common to see the same records becoming hits in every country in the world. But today with listening tastes varying from country to country, and with hit records becoming more and more localised in appeal, it is pretty unusual to find an artist whose records are best-sellers all over the world. Such an artist is Bert Kaempfert. Because Mr. Kaempfert’s music does sell all over the world – not only in huge quantities but consistently year in and year out – rivals are forever trying to analyse and probe the secret of his success. But the amiable Mr. Kaempfert modestly claims that he has no secret. He simply selects – or in many instances composes himself – songs with a strong melody line and then arranges them so that nothing gets in the way of the melody. He believes that everyone, irrespective of which country they live in, will always respond to a good tune especially if it is well played and the tempo right for dancing to.

But the Kaempfert musical philosophy really sounds too easy to be true. If all one had to do was to choose popular tunes and arrange them attractively then every bandleader in the world would soon be as popular as Kaempfert – and this just doesn’t happen. So you might reasonably argue that there has to be something more to Bert Kaempfert’s popularity than the ability to make good music Indeed. there IS one other ingredient in Kaempfert’s musical make up. Sincerity.

Bert is a hundred per cent sincere about his music. He really enjoys a good melody. Thus, Bert gets as much fun out of making his records as his many followers do out of listening to them.

This particular disc, which contains a truly international musical programme, illustrates perfectly the reasons for Bert Kaempfert’s world-wide popularity in addition to presenting such permanent favourites as Poinciana,. Skokiaan. Wirnoweh and A Nightingale Sang In Berkeley Square, it contains three massive hits from Kaempfert’s own pen as well as a few other compositions closely connected with him) – the infectious Swingin’ Safari, the gently rhythmic Danke Schoen and the hauntingly beautiful Spanish Eyes. This latter song which was a big hit for Al Martino has also been successfully recorded by other singers such as Andy Williams and Engelbert Humperdinck, and is now an accepted standard.

Other ports of call in this spicy musical journey are Portugal (The Portuguese Washerwoman), Germany (Wiederseh’n), Tahiti (Tahitian Sunset), Brazil (Cha Cha Brazilia) and Japan (Japanese Farewell Song). Each delightful track is a firm testament to the broad appeal of Bert Kaempfert – an artist who, although German by birth, is indeed very much a world citizen both in temperament and popularity.