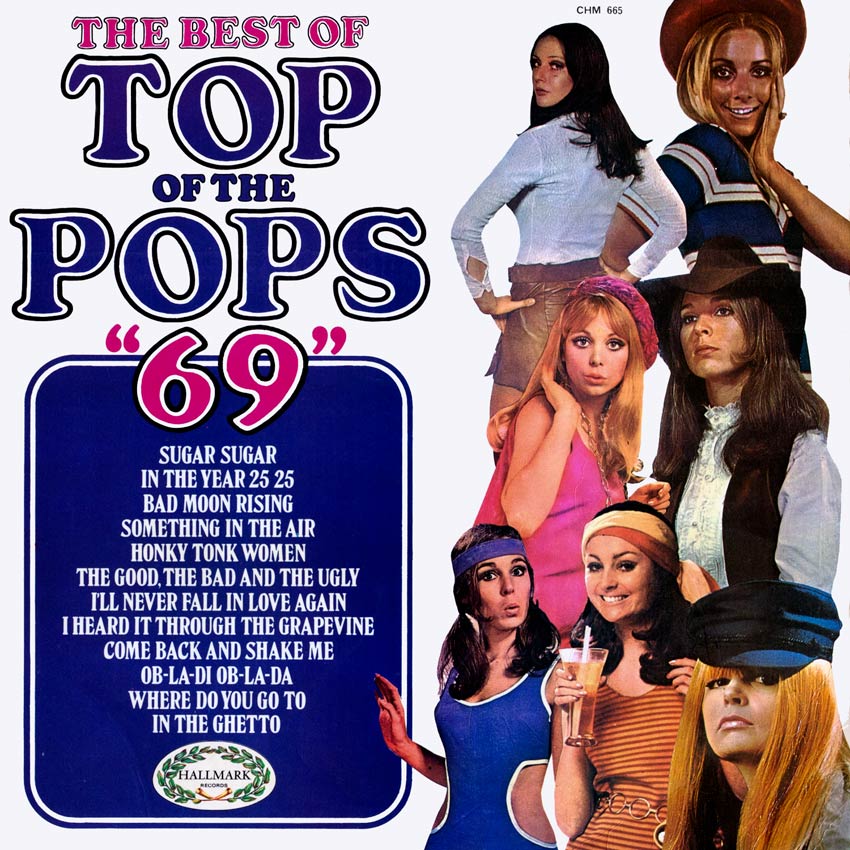 What is a hit tune? Our Producer, a keen student of such things, reckons that, to be a hit, a tune must “arouse a desire to possess”.

Ever Since Man, having outlived the sabre-toothed tiger, found time to whistle, there have been hit tunes. Most of these have their day and go their way; but every now and then one comes along which for some reason is different. It ENDURES. Take “Greensleeves”, for example. Old Henry VIII, to whom it is generally attributed, admittedly was in a marvellous position in his day to influence the plugging; and might well have made it a hit by unfair trading. But, without its sheer quality, it could never have survived the century.

Nothing changes. From the many hits of 1969, we have chosen twelve which have been OUTSTANDING, and brought them together on to this Hallmark LP, and if, in a few hundred years’ time, your descendants find a “Greensleeves” or two in this collection, we won’t be a bit surprised.