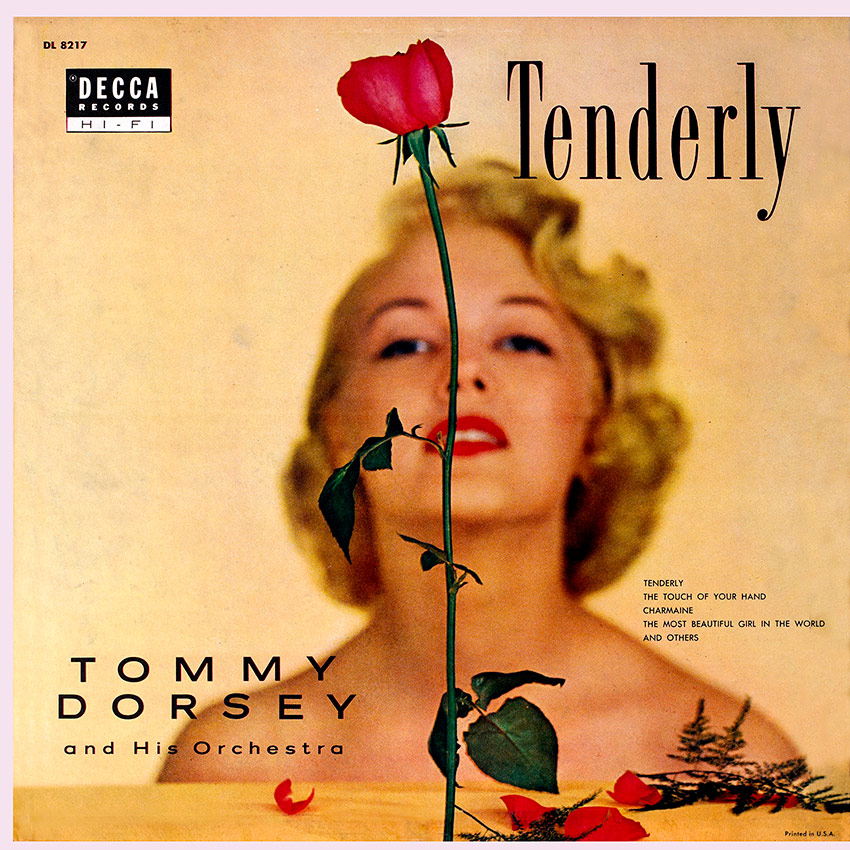 ACCORDING TO WEBSTER, “tenderly” means “gently,” “softly,” “soothingly,” “with care and kindness,” “with love” — and the selections played here by Tommy Dorsey are distinguished by all of these characteristics. They are gentle and soft, soothing and kind to the ear — and, first and last, they are rendered with loving care, To emphasize the charm of the music, the mood is delicately but definitely romantic.

In the dizzy days of the Swing Era, most top-flight maestros considered it an imposition, almost an insult, when they received a request for anything old-fashioned and simple and tender. Not so Tommy Dorsey. Although he was one of the major-domos of the Swing Era, T. D. was wise enough to appreciate that he functioned primarily as a dance-band leader, one whose responsibility was to his public more than it was to his musicians’ or even his own private tastes.
The pieces included in this album represent the cream of contemporary American melodies, ranging in vintage from the old and beloved Joe E. Howard’s “I Wonder Who’s Kissing Her No