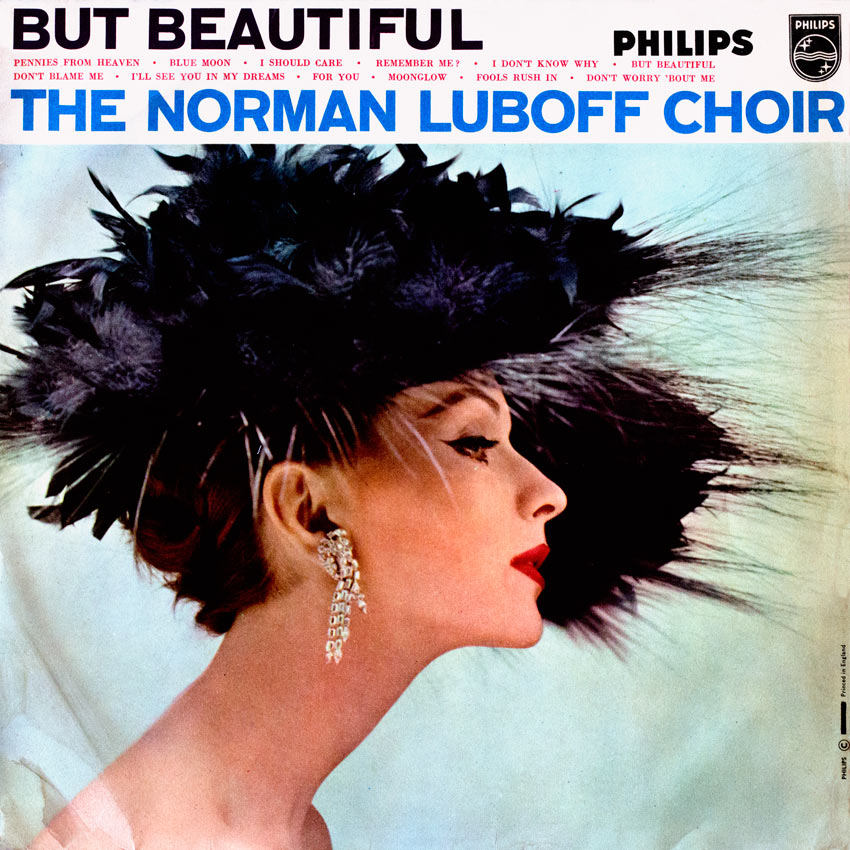 The not inconsiderable art of writing popular ballads seems to have flourished most excitingly during the Thirties and early Forties. There were good songs before, certainly, and there have been since, but in retrospect (or is it only nostalgia?) composers and lyricists of that period seem to have reached and maintained an astonishingly high level of creativity. There were plenty of novelties. too, in that period roughly between The Hut Sit Song and Too Fat Polka, but it is the ballads that are best remembered and most often heard.

In this collection, Norman Luboff leads his celebrated choir in a charming succession of favourites largely taken from those years. They are romantic, all of them, and have the further advantage of not being over-played. Together they represent some of the finest work of some of America’s finest composers-not, perhaps, the most publicized, but men of wide attainment nevertheless, and the programme as a result is both nostalgic and uncommonly enjoyable.

The Luboff Choir sings these songs with that remarkable sympathy that in a few years has made it one of the most acclaimed in the country. Throughout its relatively brief existence. Mr. Luboff has directed the Choir in songs of the west, of the south, and of the sea. This last programme was received to unanimous acclaim everywhere and has firmly established the Choir as a ranking musical organization. But the group is at home in the popular song. too. as its collection of Broadway choruses and an earlier group of ballads has proved. With discreet instrumental effects adding to the atmosphere, this romantic collection takes its place among the Choir’s most rewarding efforts.

But Beautiful, which opens the programme and lends it its name, is the most recent of the songs included, having been composed in 1947 by Johnny Burke and Jimmy van Heusen for The Road to Rio, with that celebrated trio, Bing Crosby, Bob Hope, and Dorothy Lamour. Next comes another melody introduced by Mr. Crosby, Pennies from Heaven from the 1936 film of the same name, written by Mr. Burke with Arthur Johnston. Blue Moon of 1934 is one of the very few songs by Richard Rodgers and Lorenz Hart that was not written for a musical production. and is followed by I Should Care written in 1945 by Sammy Cahn, Axel Stordahl and Paul Weston. I Don’t Know Why, by Roy Turk and Fred Ahlert, goes back to 1931, and Gus Kahn and Isham Jones carry us still farther, to 1924, with the ever-charming I’ll See You in My Dreams.

1937 was the year of Remember Me introduced by Kenny Baker in a movie called Mr. Dodd Takes the Air. Then, moving back to 1929, Mr. Luboff and the Choir offer For You, by Al Dubin and Joe Burke. Don’t Blame Me of 1933 is one of the most sentimental and charming of the collaborations of Jimmy McHugh and Dorothy Fields, and from 1940 is heard the memorable Fools Rush In by Rube Bloom and Johnny Mercer. Then comes Don’t Worry ’bout Me, a lovely song written by Rube Bloom and TM Koehler in 1919, and the programme concludes with Moonglow, a lasting hit from 1934, written by Will Hudson, Eddie De Lange and Irving Mills. The vocal soloists in this collection are Bill Lee and Betty Mulliner; other soloists include Babe Russin on tenor sax, Joe Howard on trombone, Paul Smith on piano and George Van Eps on guitar.