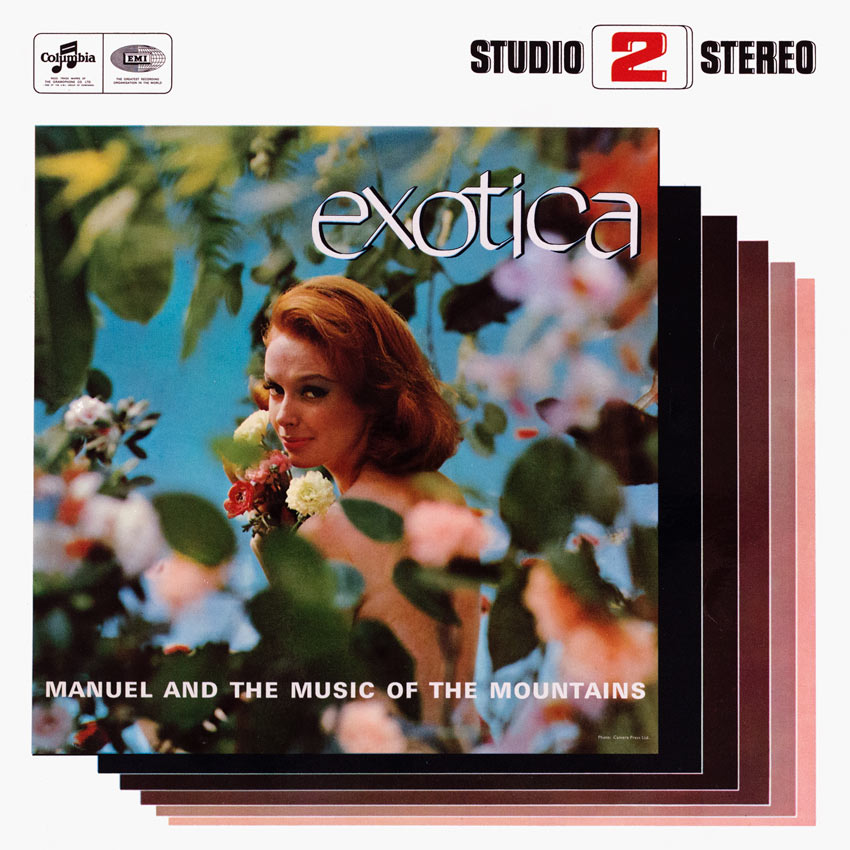 The sound of Manuel and his Music of the Mountains – a distinctive blend of lyrical romanticism and exotic Latin-American rhythms – first captivated British record buyers via a hit single in the shape of The Honeymoon Song. More hits followed, including a brilliant interpretation of the film theme Never On Sunday, and the out rapidly established itself among the nation’s top light orchestral favourites. Through ingenious usage of strings and a wide variety of Latin percussion instruments, Manuel creates and sustains a mood that can be soothing one moment and exciting the next. In short, he has perfected a style that he can really call his own no mean achievement in these days of stereotyped pop singers and beat groups. And unlike out-and-out pop. Manuel’s music has a durable quality that will ensure its popularity and acceptance with the general public well into the next decade.

No other form of music benefits from the advantages of stereophonic sound like the Latin-American idiom, and this present set a collection of proven standards and lesser-known songs is an admirable showcase for the Latin-based arrangements of Manuel. The added clarity brought about by the use of stereophonic techniques emphasises the compelling urgency of the complex rhythmic patterns which are the very backbone of all twelve tracks on this album. Tico Tico, La Vie En Rose, Autumn Leaves and Forget Domani are some of the hits of bygone years brought bang up to date and made as fresh as this morning’s milk in the talented, creative hands of Manuel. Cherry Pink And Apple Blossom White, a smash hit on both sides of the Atlantic during the mid-fifties. gets a new lease of life, too. Coupled with eleven other outstanding tracks, it completes a memorable recital that proves conclusively that Manuel’s Music of the Mountains is a unit with a sound and style second to none in the world of Latin-flavoured light orchestral music.
JAMES WYNN