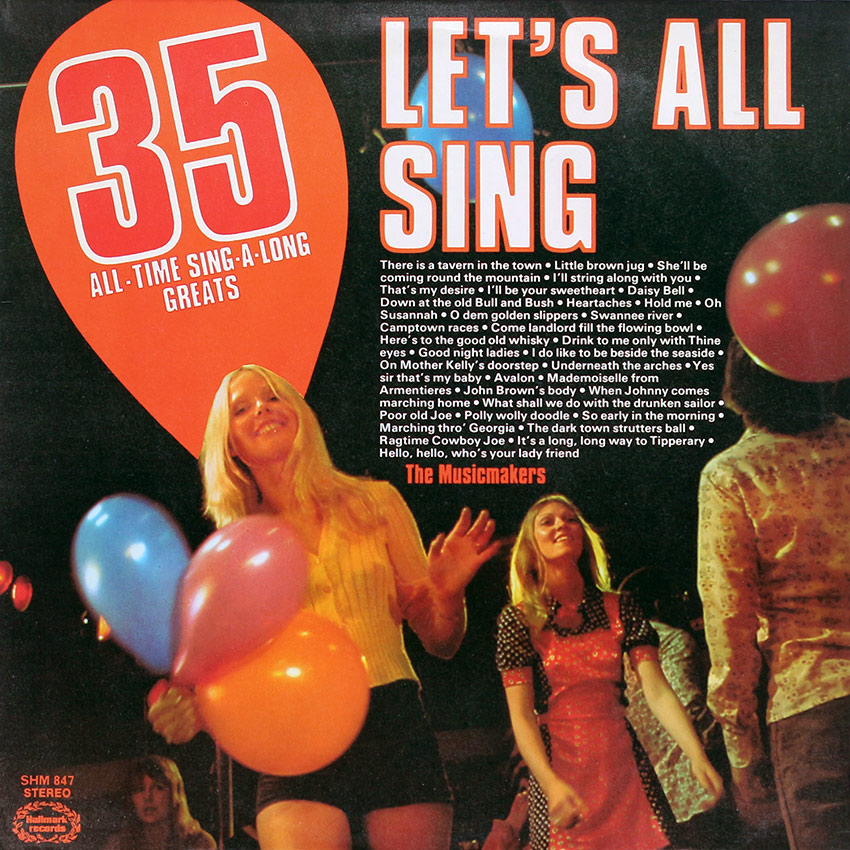 There was a time when families gathered around the parlour piano and sang the favourite songs of the day. It was simple, it was fun; and long before television and mass entertainment became the yard-stick of public enjoyment, the family singalong was enormously popular.

Today the singalong still survives, maybe not around the piano any more but certainly with an album like this one you’ll be hard put not to join in a chorus or two. The formula, like all good things, is basically simple because the songs are well-known, the melodies easy on the ear and when there are no fewer than thirty-five of them you’re in no danger of running out of inspiration!

We’ve included drinking songs, songs of love, marching songs and a rousing bunch by that master of American folk song, Stephen Foster; every kind of song in fact to fit in with just about every kind of mood.

So whether you’re planning a party or just want to sit back and hear the old songs sung in community style you’re in good hands. Who knows, the musicmakers might even have you on your feet singing!