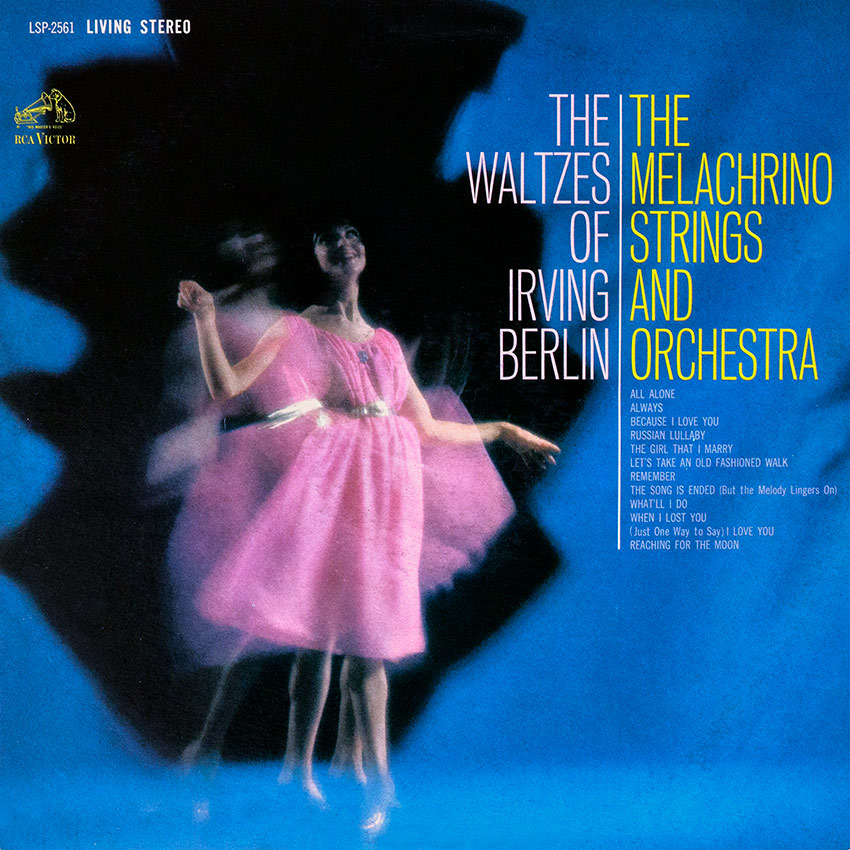 Irving Berlin was the first of a handful of brilliant American songwriters who, between the years 1910 and 1930, changed the direction and character of popular music. It was the phenomenal, musically untrained genius of this Russian-born immigrant boy that literally touched off the modern era of popular song by creating sophisticated melodies, rhythms and lyrics as a distinct. break with the simple-minded so, of the past.

Unable to read or write a single note of music, and living a life of extreme poverty in the immigrant sections of New York City, Berlin started his career in the turbulent world of Tin Pan Alley as a singer in the streets and saloons of the Bowe,. From this he stepped up to work as a song plugger and singing waiter in cafes and restaurants in the downtown areas of the city. His fine lyric, written with a café pianist, earned him royalty of thirty-seven cents.

Success, however, came early. Installed as a staff lyricist with a leading Tin Pan Alley music publishing house, Berlin quickly established himself as one of that frantic industry’s top writers of words to other composer’s melodies. By 1910, he was already in demand and even appeared in a Shubert Broadway revue performing his own songs.

It was purely by chance that Berlin started composing music to the words of his songs. A lyric lie had submitted to a publisher was thought to be complete with music. Not wishing to lose the sale, Berlin quickly wrote a melody. It was accepted and published. The success of this first effort opened the door to his career as a composer of music as well as lyrics.

In 1910, Berlin wrote a hit that solidly established him as one of Tin Pan Alley’s leading composers. Alexander’s Rag-time Band not only popularized the vogue for “rag.,” but later inspired a major motion picture.

In 1912, Berlin’s first wife died suddenly, shortly after their honeymoon. His intense sense of loss was expressed in the first of his poignant ballads, When I Lost You, heard in this album. It was this deep personal involvement in his so, that, throughout his career, produced the great series of haunting ballads that have become standard repertoire the world over. Creator during World War I of the still legendary all-soldier revue, “Yip Yip Yaphank,” Berlin emerged from the war years a major composer for the musical stage.

Between 1921 and 1924, he wrote the book, music and lyrics for four editions of the “Music Box Revue.” What’ll I Do and All Alone, in this album, are from these productions, still remembered as the most sophisticated and dazzling of the Twenties. In 1927, he wrote the songs for Florenz Ziegfeld’s “Follies” followed by two collaborations with Moss Hart: 1932, “Face the Music,” and 1933, “As Thousands Cheer.”

Again, in this period, Berlin’s personal expression in his ballads produced some of his greatest song success.. ‘Following his stormy romance with Ellin Mackay, whose father, head of the Postal Telegraph Company, objected to the marriage, Berlin wrote Always and Remember, heard in this album.

Also included are other great Berlin hits of the later Twenties: Because I Love You, 1926; Russian Lullaby, 1927; and The Song Is Ended,1927.

In the 1930s began what might be considered the “modern” period of Berlin’s songwriting. Writing for a succession of smash hit Broadway musicals and Hollywood Boss, Berlin produced a virtual catalog of fabulous modern songs. Poignant and heartwarming, they were at the same time sophisticated and knowledgeable commentaries on the love antics and situations of Twentieth Century hoiho sapiens. From the 1930 Broadway show, “Reaching for the Moon,” came the song by the same name. From “Annie Get Your Gun,” 1946, Berlin’s biggest box office success-a show which ran over a thousand performances and ranks even today as one of the biggest touring and summer-musical favorites-came The Girl That I Marry; from “Miss Liberty,” 1949, starring Eddie Albert, came Lets Take an Old Fashioned Walk and (Just One Way to Say) I Love You-all heard in this album.

These were also the years of the Broadway hit “Call Me Madam” and of Berlin’s great film musicals-only two of which were “Top lint,” 1933, starring Fred Astaire and Ginger Rogers, and “Holiday Inn,” 1942, with Astaire and Bing Crosby. Still at the peak of his profession at age 74, Berlin rang up the curtain on his latest Broadway musical, “Mr. President,” in the fall of 1962. Its opening occasioned no surprise. America and the world theater audience simply expected from Irving Berlin another landmark in the his-tory of its musical theater and more of the wonderful so, that have brightened almost half a cent, of modern life.