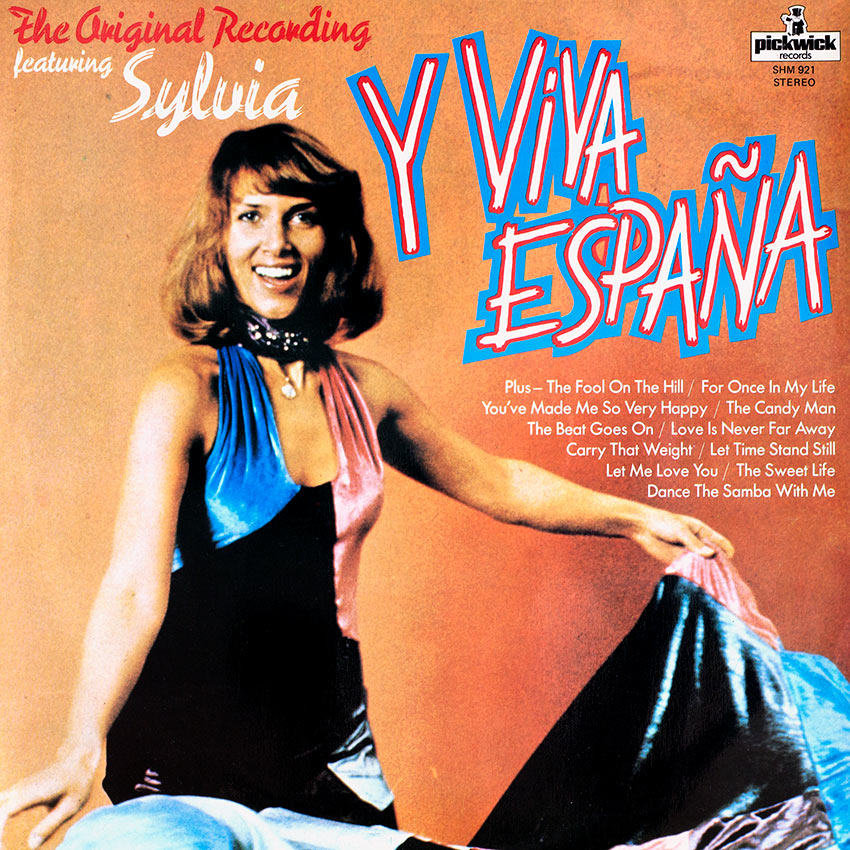 The first track on this dynamic L.P. will bring back the memories (for many of us) of a warm summer’s evening spent dancing the night away on the patio of a Spanish hotel — many continentals have said that ‘Y VIVA ESPANA’ is the song that encourages an English person to give way to their inhibitions!

Sylvia Vrethammar — the lady responsible for this break-through — was born in Sweden and, after her singing talents were discovered in a local competition, Sylvia became most sought after and in a very short space of time she became the most popular star in her country. Stardom for Sylvia may have begun in Sweden but it certainly doesn’t end there — her songs are popular on an inter-national scale, understandably so when the majority of her singles are ‘evergreens’ — quite an achievement for a pop star. ‘ FOR ONCE IN MY LIFE’ is a track on this album and is another example of a song that keeps returning to the international pop charts.

Sylvia’s first major international appearance was in the autumn of 1970 when she went to Rio to compete in a music festival. She came third in the finals and attracted a host of new fans. She also met the samba trio ‘Pandeirous de Oro’ who travelled back to Sweden with Sylvia and together they worked a tremendously successful summer tour.

Sylvia’s talents have taken her to so many parts of the world, including Germany, where she appeared on television, Denmark, where she took part in a summer folk tour and the Soviet Union which was so successful that the tour had to be extended by popular demand!

With all these exotic trips for Sylvia and many more in the pipe-line you can understand how her voice generates so much sunshine to so many people and, now that you have this Pickwick album you can rest assured that you have a host of ‘evergreens’ to enjoy for many years to come!