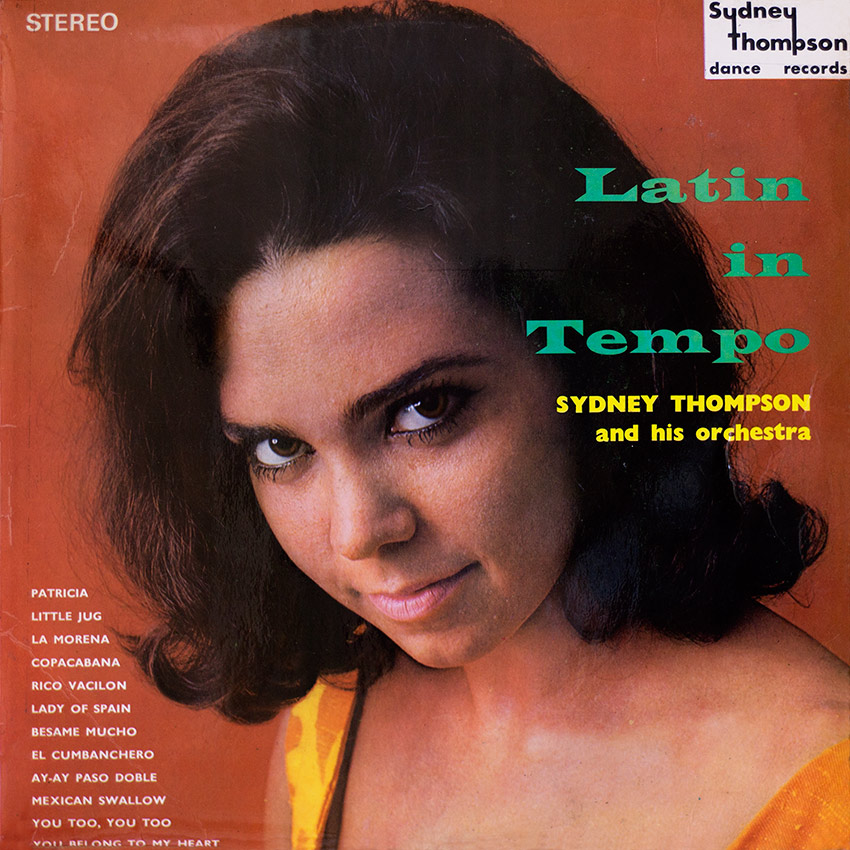 Latin American rhythms constitute one topic on which every-one in the world of ballroom is agreed. They are unrivalled for colour, vivacity and cultivating a universal urge to move one’s limbs in tempo.

Sydney Thompson, a leading name in British ballroom dancing music for twenty-one years, has epitomised all the attractive appeal of the cha cha cha, paso doble, samba and rumba in this scintillating LP collection. He has not neglected the music itself in favour of a metronomically strict tempo as others have done on record, but has accommodated both in an adroit fashion which will satisfy dancing teachers, their pupils and Latin American aficionados alike.

His orchestra was augmented for this occasion by two expert percussionists handling maraccas, guiro (scraper), cabasa, and pandeiro (samba tambourine), all of which sound notably effective in the stereo version of this album, and the lilting ebullience of these rhythms comes across in full value.

Sydney’s perceptive formula of four bars intro. and sixteen bars regular movement for providing music tailor-made for dancing pupils and their instructors is employed here once again. This is both Latin and in tempo, and both learners and teachers will find it ideally stimulating.