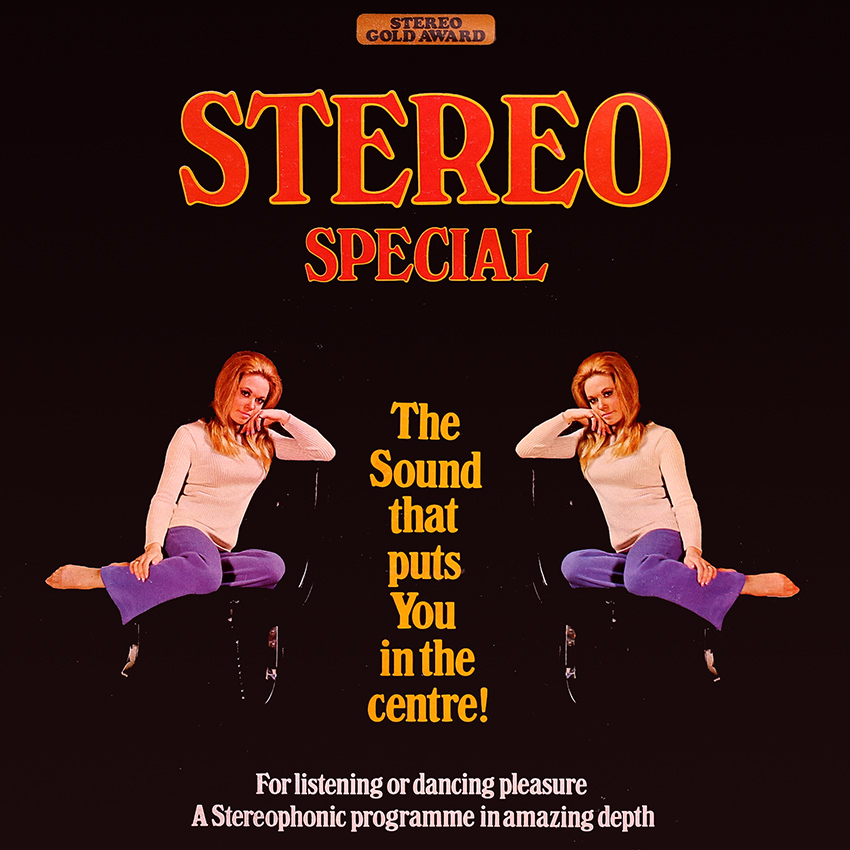 It’s that man again. Mr D. Miller whose story is the stuff of musical legend. Have a stroll over to this excellent web site for the full story behind the DL Miller brand

The Hiltonaires with extra percussion play for your dancing and stereo listening pleasure. This stereophonic recording was originally produced in an acoustically perfect studio equipped with Telefunken microphones that were placed within the band to enhance the “pin-pointing” of the musical effects scored in the program. The performance was mixed and amplified to a four track Sculley Tape Machine running at 30 I.P.S. The four track program was then edited and reduced on an Ampex No 300 two track stereo machine for subsequent transfer to disc on a Neuman heated stylus cutting lathe. The maximum frequency response of the original performance has been faithfully maintained through use of the latest quality controls to give you this program of exciting stereo dimensions.

What is great about these Stereo Gold Award albums is that they almost always include at least two tracks not actually written by the people they are supposed to be tribute to, but by someone called L Miller, L Muller, Leo Muller or some variation. For many years I was baffled by this and eventually came to the conclusion it was a clever scam by the afore-mentioned Miller/Muller so that he could cream off a further cut of ‘Mechanical’ royalties on the back of people like Glenn Miller, The Beatles, Bacharach and David etc.