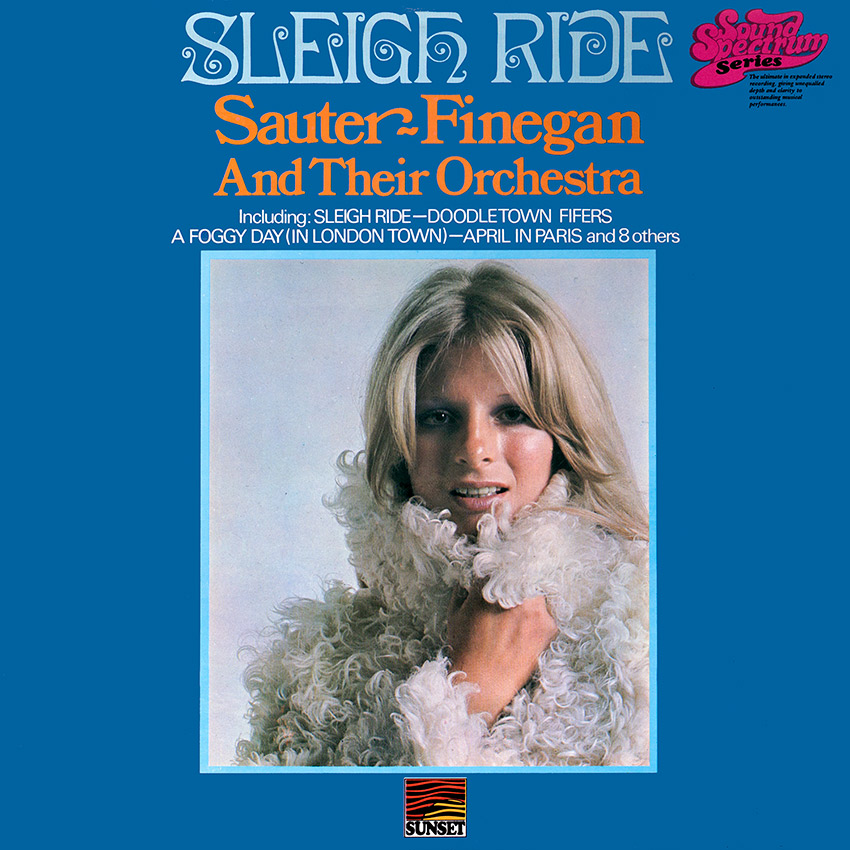 In the early fifties, Sauter and Finegan formed the original Doodletown Fifers and in 1961, United Artists invited them back into the studio and the result was this entertaining and expert set of tracks.

Bill Finegan studied at the Paris Conservatory and first became recognised after Tommy Dorsey bought his arrangement of “Lonesome.Road”; Glenn Miller subsequently offered Finegan the job of staff arranger which he held from 1932 to 1942 after which he joined Tommy Dorsey for just under ten years. The Sauter-Finegan partnership started in 1952 with Ed Sauter the more active musician of the two leaders. He played trumpet and mellophone as well as arranging for Red Norvo from 1935 until 1939 when he began arranging for the Benny Goodman band as well as Artie Shaw, Tommy Dorsey and Woody Herman. Probably the most outstanding track in this set is “Sleighride” which Sauter and Finegan based on a Prokofiev melody.

From original notes by Peter Gammond