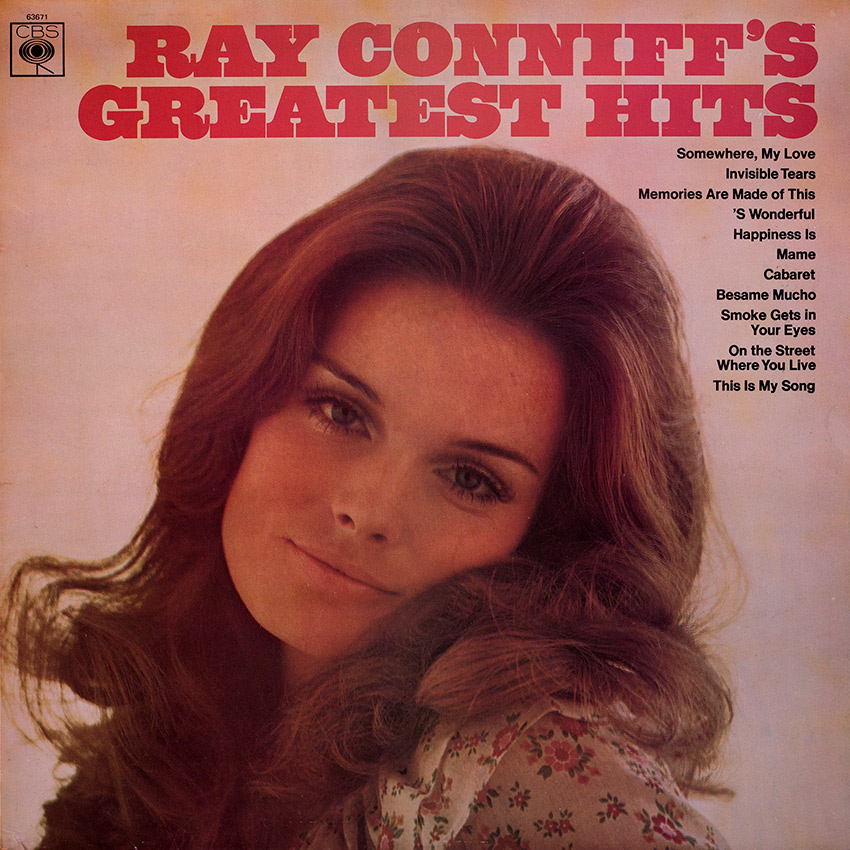 Eventually, every great artist releases a Greatest Hits album. With Ray Conniff, however, that’s not easy. The question is: Which Greatest Hits? Ray’s list of Greatest Hits is nearly as long as the list of songs he has recorded.

Since it is not possible to include several hundred songs in one album, the task of repertory selection for “Ray Conniff’s Greatest Hits, was nearly insurmountable. Starting with Ray’s first solid Gold Record, “‘S Wonderful,” right down the list to his last release, “I Love How You Love Me” . . . even a cursory examination will reveal that every record deserves to be called a hit. The reason is as simple as the Conniff mystique; when Ray works his magic on a song, it’s his; it’s unique; it’s a hit.

The songs in this album are the greatest of Ray’s Greatest Hits. Some of them, like ‘S Wonderful, go back fourteen years. Rut, as always, they are as uniquely new, uniquely Conniff, as the day they were recorded; they sparkle with a freshness that only Ray Conniff can create, Like every Conniff album, this is a new listening experience. The Conniff magic has worked its charm again. The result? Well . . . ‘s wonderful.