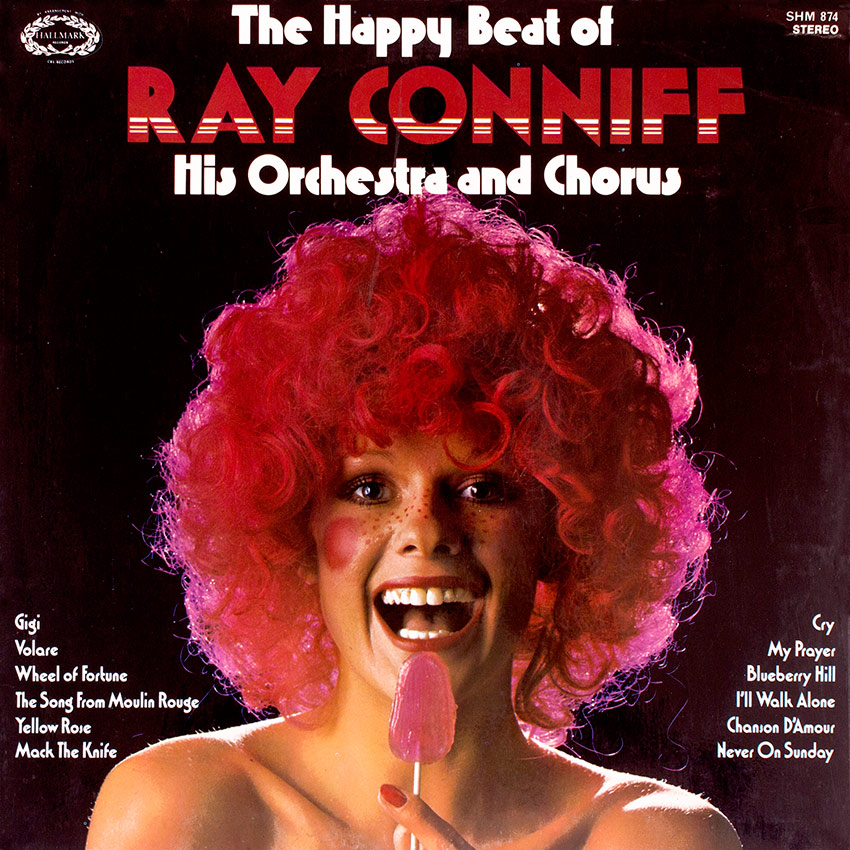 Way back in 1956 when Ray Conniff was employed in the Artist and Repertoire department of CBS Records in America, he hit upon the idea of blending voices and instruments in a way that was unique then and still is, and has subsequently become his musical trade mark.

Prior to this Ray had played trombone for many years in such bands as Artie Shaw, Bunny Berigan and Bob Crosby, following this with a stint as an arranger for the big bands of the day. It was his flair and interest in arranging, combined with the opportunities presented him by working in an A and R department, that enabled him in 1956 to make a recording of the tune “S’Wonderful” from which all his ultimate success eminated. There are many musical and technical reasons why the blend of instruments and voices as arranged by Ray should be so successful but they would only add up to the same thing, and that is, that Ray Conniff is easy listening. The rhythm is always bright, the sound always clear, the voices always in tune and the diction never less than excellent.

The formula has changed little over the years with ‘standard’ songs being the basic ingredients.

On this album for example, we have twelve all time favourite compositions which range from hit numbers from films (Gigi and Never on Sunday), through to hits from the Continent (Volare), via songs that have been hits for rock artists (My Prayer and Blueberry Hill), and ending with hit songs from the musical stage (I’ll Never Walk Alone and Mack the Knife).

Songs that truly cross all the frontiers of popular music, but which, under the talented pen and baton of Ray Conniff, are transferred into his own individual creation — The Happy Beat.