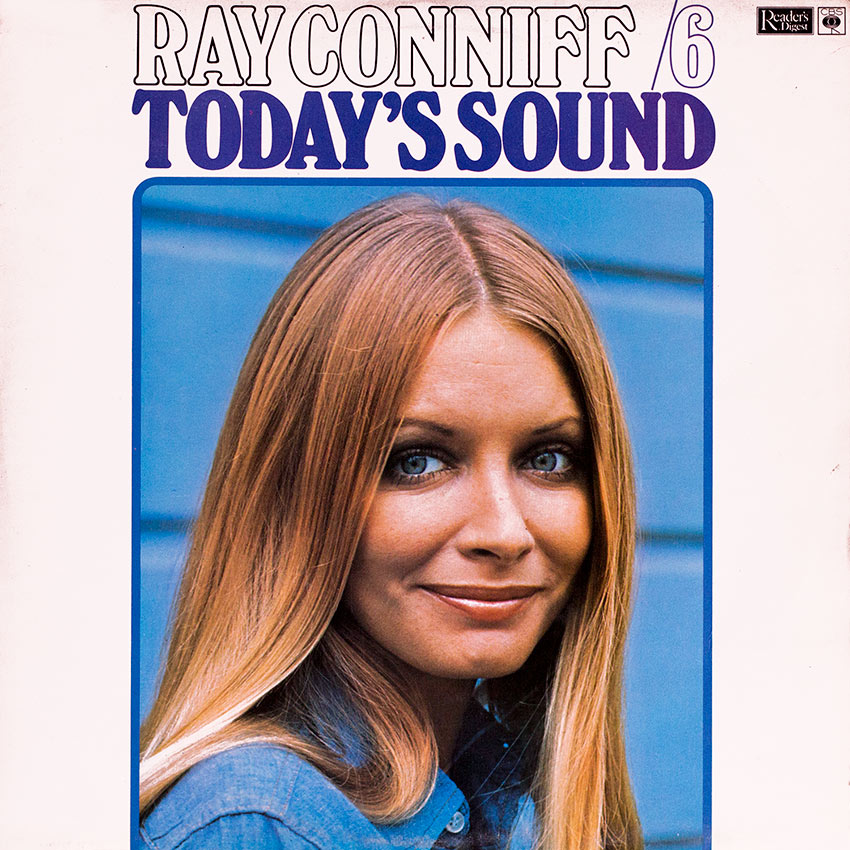 Ray Conniff has been at the top of his profession now for almost twenty years and his famous sound clearly belongs as much to the ’70s as it did to the ’50s and ’60s. His records, in fact, sell in even greater quantities today. No one could ever call him a bandwagon jumper—his sound and style are too well established to entertain any arguments along those lines—but he moves casually and comfortably with the times.

The stylistic changes that Conniff has introduced into his recording policy are almost imperceptible, but they are, nevertheless, positive changes. Play any two of his records and there is virtually no sign of any change. But play his first recording—and then his most recent, and the difference can be startling. The basic sound, of course, is more or less the same, except that it sounds bigger today. Through the years the chorus has grown from eight singers to twenty-five, the wordless “doo-dons” and “wah-wahs’ have been replaced by lyrics, and the original eight-part harmony has been expanded to sometimes sixteen separate vocal lines. Someone who has worked closely with ROY for many years as a member of the Conniff Singers is Rica Owen Moore. She praises Ray for his talent “Ray’s creativity never lies dormant,” she wrote recently; “it is ever-changing to present his own brand of distinctive listening pleasure. “While recording, Ray stands in front of the orchestra and chorus, a headset on that enables him to receive the complete sound. His practised ear tells him immediately if some one performer is ‘off-mike’. Each number is rehearsed until it meets with Ray’s standards: then and only then does he call for a ‘take’. Several of these takes may be required before he feels he has the one that echoes the perfection he demands on his albums. “There is no substitute for purity of sound. An audience may have varied musical tastes, but the success of Ray’s music proves that a majority of people the world over prefer his straightforward arrangements.”

Side One Aquarius/Let the Sun Shine In
With the arrival in the late ’60s of the stage production ‘Hair’, the theatre witnessed the birth of a new genre—the rock musical. This was the first of the new-style musicals and in many respects it has remained the best, mainly by virtue of its excellent score by Rado, Ragni and MacDermot. In a show laden with good songs, this item is undoubtedly the most popular. In this interpretation, Ray Conniff has made full use of the singers, and both the words and music are attractively delivered in a straightforward, down-to-the-nifty-gritty Perhaps the most brilliant of the contemporary rock groups, Blood, Sweat and Tears created a lasting hit with this rhythmically infectious song. Composed by singer David Clayton-Thomas, it has become one of the most recorded songs of recent times. Ray treats the number in much the same fashion as the B, S & T recording, but with one or two ideas of his own. The result is unmistakably “Conniff”.

Everybody’s Talkin’
Of all the excellent ballads that have been written in recent years, this is unquestionably one of the most distinctive. Since it first appeared in the Academy Award-winning film ‘Midnight Cowboy’ in 1969, it has become one of the most requested songs in the world. This superior Conniff treatment captures the full import and beauty of the song.

Something
This soul-stirring yet gently reflective ballad is generally considered to be George Harrison’s best composition. It seems unlikely that anyone would care to argue with this viewpoint after hearing this sensitive version by Ray Conniff and the Singers.

Brand New Key
Here’s an excellent example of the kind of song today’s pop fans respond to. The melody is extremely simple yet attractively conceived, and there is a distinct touch of wry humour in the main thread of the lyric—”I’ve got a brand new pair of roller skates, you’ve got a brand new key”. Ray Conniff’s arrangement moves at a suitably bright tempo and the song positively sparkles.

Just an Old Fashioned Love Song
Songwriter-singer Paul Williams was responsible for this appealing song. The ear-catching melody and perceptive lyric lend themselves admirably to this fine rendition by Ray Conniff’s Singers. The song itself is a worthy follow-up to Williams’ previous hit, We’ve Only Just Begun.

Side Two Close to You
Any collection of songs representing today, sound would not be complete without something from the creative team of Burt Bacharach and Hal David, and in selecting this beautiful song, Ray Conniff could not have made a better choice. The interpretation is in complete accord with the writers’ intentions.

Everything Is Beautiful
A good philosophical song is always welcome—particularly when it turns out to be as good as this. Coming from the pen of that irrepressible singer-performer Ray Stevens, this song is especially strong in its message concerning the problems and prejudices in the world today, yet its sentiments are expressed with gentle concern and joyous warmth. Ray Conniff’s sharply observed arrangement ensures that all the appropriate points in the lyric are properly emphasized.

My Sweet Lord
A song of immense charm and childlike simplicity, George Harrison’s composition has received all manner of interpretations since it first appeared in 1971—some excellent, some disappointing. This recording by Ray Conniff seems to grasp the simplicity and full .meaning of the song and certainly emerges as one of the most satisfying versions around.

MacArthur Park
Jim Webb, one of the most significant of today’s songwriters, was in exceptionally fine form when he wrote this inspired work for his friend, Irish actor Richard Harris. Though he was certainly no singer in the academic sense, Harris made a compelling recording of it which eventually sold over two million copies. This Ray Conniff version puts the song into slightly different—and decidedly brighter—perspective by increasing the tempo and giving more colour to the vocal line. It makes a fine contrast to the Harris version and, in some ways, even surpasses it.

Sunny
This likeable Bobby Hebb composition has managed in a very short time to attain the status of a standard ; certainly it is one of the most widely performed songs of the last five years. Apart from Bobby’s own hit-parade version, the song has been recorded by a multitude of artists. This beguiling arrangement by Ray Conniff projects the song’s most appealing qualities in no uncertain terms.

The First Time Ever I Saw Your Face
The gentle grace of this lucid Ewan MacColl composition is warmly captured in this restrained Conniff arrangement. It is a performance which proves conclusively that Ray can handle a subtle emotional ballad with a full compliment of singers and still achieve the same intimacy that Roberta Flack did in her touching solo performance of this song. The success of this track is a solid testament not only to Ray’s sensitivity as an arranger, but also to his genuine ability to communicate with contemporary listeners This is what today’s sound is all about.
﻿