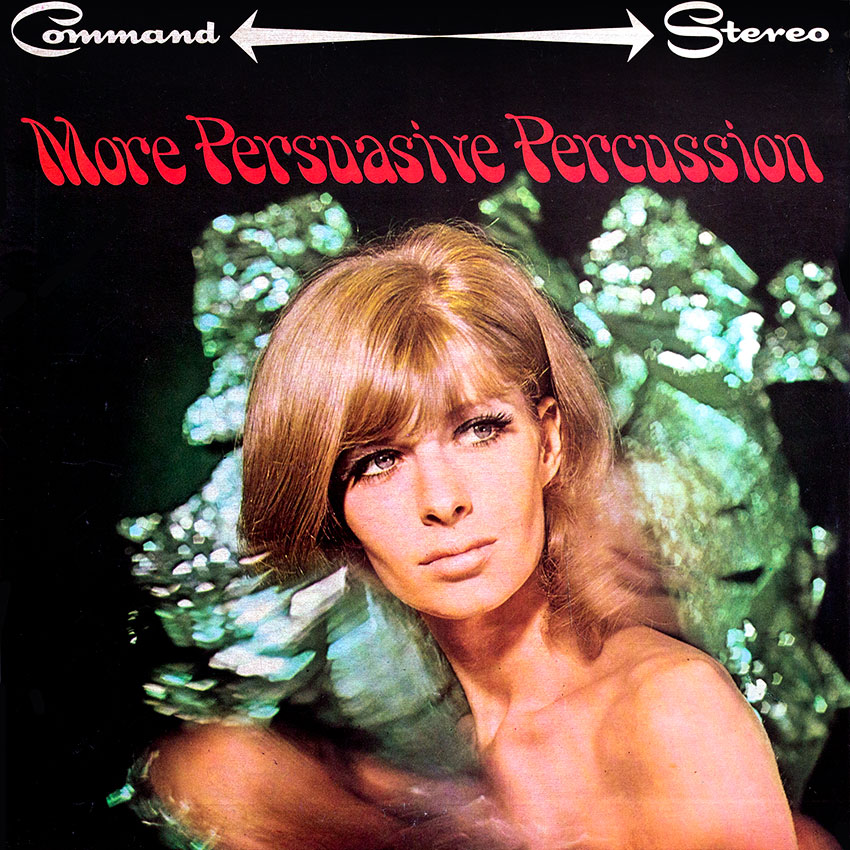 In 1959, nobody had ever heard of Command Records. “Persuasive Percussion” was the label’s first release … a record made by an unknown orchestra for an unknown record company with the title that led some people to think it was a collection of drum solos.

Neither “Persuasive Percussion” nor Command Records remained unknown for long. “Persuasive Percussion” was the record that, in the view of many historians of the recording industry, changed stereophonic recording from a novelty to a method of achieving a new and exciting musical dimension. For the first time, stereo recording was not simply a method of having sounds come out of two different speakers: it meant music skilfully arranged in order to achieve brilliant musical results by using all the glittering high frequencies and full bodied low frequencies that could be reproduced by a remarkable team of imaginative sound engineers. In the years since then, Command Records has built steadily along the adventurous path that they started on with “Persuasive Percussion”. A break-through of great importance was made in 1963, with the discovery of Command’s Dimension 3 Process. A recording system which, without adding a third speaker to the playback system, produced the effect of a third speaker in between the usual left and right speakers.

The result was tremendously increased clarity, a much richer display of sound and a far more exciting use of musical colours which could be blended or separated in three streams instead of the two to which stereo was limited before. “More Persuasive Percussion” is the culmination of all these adventures in musical sound reproduction.

It has often been said that “Stereo did not make Command-Command made stereo”. And it is true. The devices of stereo recording existed before Command Records did. The difference came in the use that Command made of these devices. This remains true today. Command continues to lead the way, to open the doors and to make exciting and provocative use of what it finds behind each door.

that has been learned in the years of Command’s remarkable history, directed towards the new, challenging ventures that lie ahead.