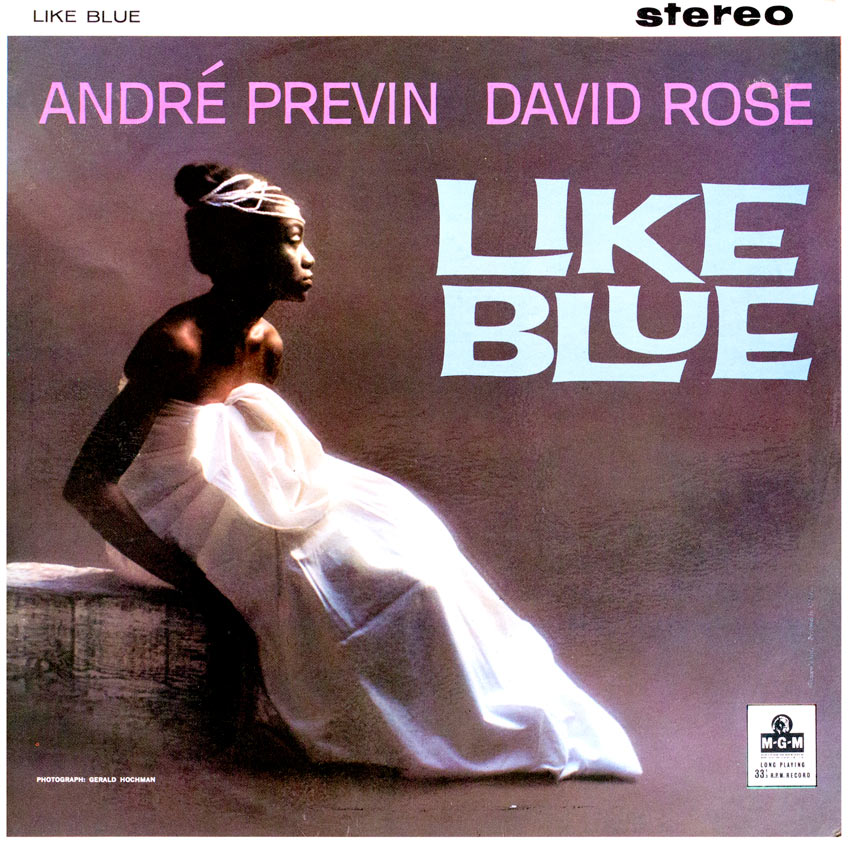 HOLLYWOOD, a land of fabulous success stories, can point to none more fabulous than that of Andre Previn. Young in years, a preponderance of experience has gained him recognition as one of America’s outstanding concert pianists, an established ding artist and one of the screen’s foremost musical composers and conductors at Metro-Goldwyn-Mayer, where he has been employed since 1945. He is currently musical director for two of M-G-M’s most important pictures — Bells Are Ringing and The Subterraneans, both produced by Arthur Freed.

Previn’s talent has been channelled into all facets of the musical world from arranger to composer-conductor and music director. In fourteen years, he has composed and scored thirty pictures. He has been nominated for an Academy Award five times, and won the Oscar for Gigi. In 1958, he also received the Screen Composers’ Association Award for his original ballet in Invitation To The Dance. Truly a year of achievement, he received the Berlin Film Festival Award for the best original score in Metro-Goldwyn-Mayer’s Bad Day At Black Rock, and the Downbeat Poll in two categories: Best Motion Picture Composer and Best Motion Picture Arranger in 1958. In 1959, Samuel Goldwyn chose Previn to score Porgy And Bess.

Previn’s composing encompasses both jazz and classical music. He has written piano solo works, chamber music and in 1958 completed his first symphony. He has also originated a great deal of material in the popular field. He began his recording career in 1945 and has many records to his credit. These run the gamut from jazz versions of Broadway shows, such as My Fair Lady, Pal Joey, etc., to the classics. In 1959, with David Rose, he won a Grammy Award for their recording of LIKE YOUNG. Previn has presented concerts, as pianist and conductor, in New York, Boston, Chicago, Philadelphia, San Francisco and for seven years in succession with the Los Angeles Philharmonic Symphony Orchestra in the Hollywood Bowl. He has appeared for recitals or presented chamber music in most of the major cities in the United States and Europe, and is famous for his jazz concerts throughout the United States.

Previn was born in Berlin, where his father was a piano teacher. The elder Previn discovered that his young son, at the age of four, had rare musical abilities. When he was six, Andre began to study music with his father extensively. In the 1930’s, just in time to miss the horror that followed, the family left Berlin. Andre’s older brother, Steve, had preceded the family to the United States, and taken a job in the motion picture studios of Hollywood. As a result, the rest of the Previns followed him there. The father resumed his teaching of the piano, and Andre was enrolled in Beverly Hills High School.

In May, 1950, he was inducted into the Armed Services. Two years later, upon being honourably discharged, he returned immediately to his film work, his recordings and his concert tours.

King-size in talent and heart is a brief but apt description of conductor-composer-arranger David Rose — one of the top-ranking music personalities in the world today. His name is synonymous with the finest in both classical and popular music presentation in the recording, film, radio, television and concert fields. His versatility and high standards in musical achievements have made him world-renowned.

In any given month, David Rose will compose and direct an outstanding score for an important screen musical, fly to some major city throughout the world to guest-conduct a famed symphony orchestra or compose and record a new and delightful musical number to bring pleasure to the public.

He started with M-G-M Records when it was organised in 1946. During this time, he has consistently been on the top list of record sellers for the company. His records are a must for the record collections of all music lovers. His popular compositions include Holiday For Strings, Our Waltz, Dance Of The Spanish Onion and One Love — now rated as standards.

On U.S. television, he has achieved recognition for his outstanding music direction of the Red Skelton Show, Fred Astaire Show, Bob Hope Show, Jack Benny Show, Dean Martin Show, Ziv-TV Productions and ” Bonanza “. Rose won an Emmy Award for his outstanding music direction of the Astaire Show. He also won the Grammy Award in 1959 for his recording of LIKE YOUNG which he did with Andre Previn. Also in 1959, he scored the UI motion picture, Operation Petticoat; and in 1960, M-G-M’s Please Don’t Eat The Daisies.

As a guest conductor, Rose has led symphony orchestras in major cities throughout the world. He has appeared with the Chicago, Milwaukee, Portland, San Francisco and Hollywood Bowl orchestras among many in America. He has also conducted orchestras in Copenhagen, London, Paris, Berlin, Rome and other metropolitan centres. He has been honoured by the BBC by a special David Rose Tribute Show featuring many of his compositions.

Unlikely though it seems, Rose would have really preferred to have become a railway engineer. He has turned his early desire into a rather large hobby, having one of the most complete and detailed collections of miniature live steam engines. His miniature track encircles his one-acre Sherman Oaks estate. He has built or bought three engines, and has a complete shop for repairs and construction of parts.

Though born in London, he was brought to Chicago by his parents while still a small child. Rose’s musical talent at the piano brought him acclaim when in high school. His remarkable keyboard dexterity opened doors at NBC, Chicago. He became network pianist and arranger there. Then, he joined the Ted Fio Rito Orchestra. In 1938 he came to Hollywood and was associated with the Mutual Broadcasting System. He started to compose, conduct and write scores for motion pictures. During World War II, he served four years with the U.S. Air Force, and when honourably discharged he returned to Hollywood to resume his professional career.