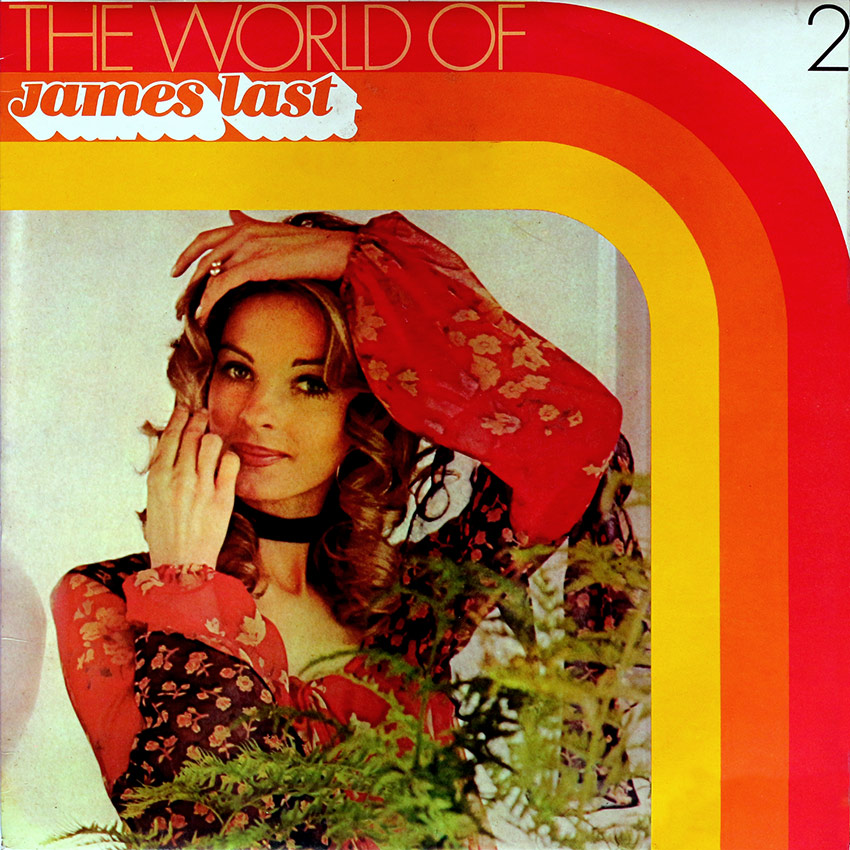 You don’t have to worry about passports, customs officers or flight schedules for this journey. All you need is a good record player system, a cool drink and a cosy armchair. Mr Last and his orchestra will take care of everything else.

Those of us who take a studious interest in popular music are well accustomed to seeing singers rule the roost as far as hit records are concerned, but when we hear of an orchestra crashing into the top-selling charts we know instinctively that it must have something special about it. And ‘something special’ is a fair enough description of the orchestral sound produced by James Last. Like fellow bandleader Bert Kaempfert, James Last hails from Germany and spent a good many years as a musical backroom boy in the recording studios writing and arranging songs for other artists before achieving success under his own name. And when success finally did come in the mid-sixties, it arrived with all the force and impetus of a landslide. His initial commercial conquest came In 1965 via the first of his celebrated Non-Stop Dancing series of albums, which later grew into a dozen volumes and zoomed into the best-selling lists all over Europe. In 1966 he established himself as a top pop composer by writing the widely popular Games That Lovers Play. A song which, after it was recorded by Wayne Newton, took America and the rest of the world by storm and was covered by at least twenty-five other recording artists. It was around this time that the name James Last began to mean something in Britain and by 1968 no less than four of Last’s albums were sitting cosily in the British LP charts at one time. Since then there has rarely been an occasion when a James Last album has not figured in the British lists at sortie point usually in the top ten. His recording career has been regularly punctuated by awards and accolades in many countries from Canada to the Continent, and from America to the Orient. He is extremely popular in Singapore where, it is said, his albums are smuggled into Indonesia. This kind of sweeping success gives some idea of the length and breadth of the world of James Last, a shrewd and gifted musician who has taken his place alongside other artists like Bert Kaempfert, Herb Alpert, Ray Conniff, Henry Mancini and Mantovani. Artists who are continually proving that music lovers everywhere will respond to an orchestral sound as long as it has an original concept. James Last, of course, has a talent that is ‘something special’ in itself. His ability to communicate musically is proved by the fact that he manages to sell in countries where a good many of his competitors are unable to make any impression at all. The repertoire on this disc, which is made up of mainly tried and trusted tunes, spans several continents and touches on a wide variety of musical styles. You will have heard the songs before but never played quite like this. Musical highlights are plentiful throughout this programme the sprightly guitar and plunging bass trombone sounds in Canadian Sunset, the briskly increasing tempo and stunning fade-out in Have Nagilah, the majestic brass sounds and crisply moving rhythm in Ernesto Lecuona’s classic Malaguena and the pulsing lyricism of I Left My Heart in San Francisco but the real pleasure is in the overall impact and sheer variety of the album as a whole. You don’t have to worry about passports, customs officers or flight schedules for this journey. All you need is a good record player system, a cool drink and a cosy armchair. Mr. Last and his orchestra will take care of everything else.