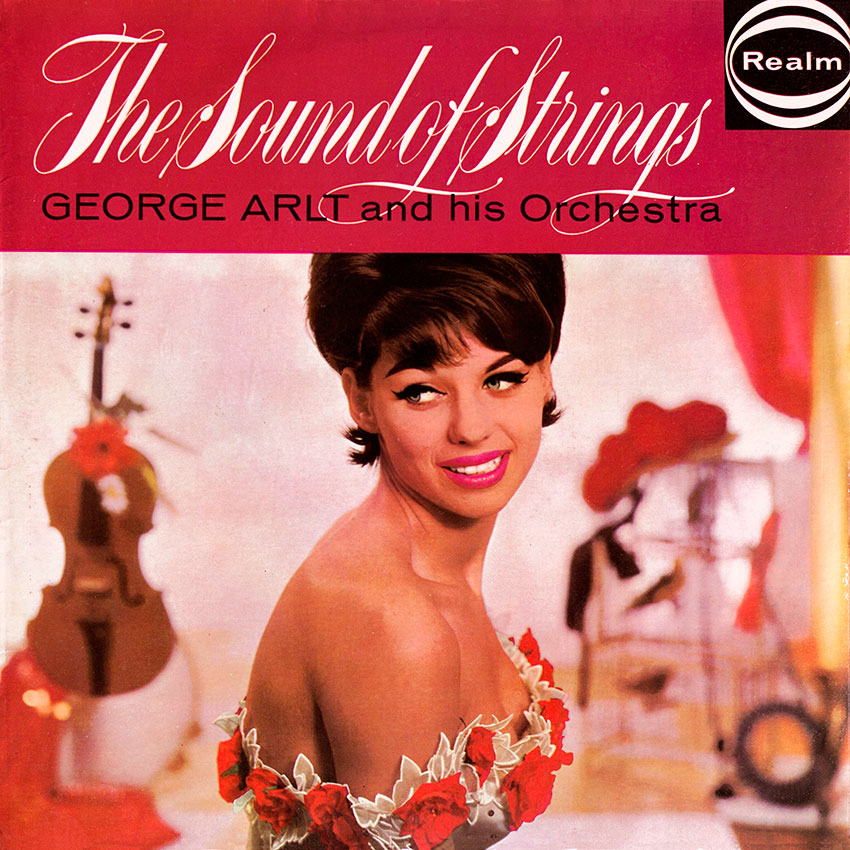 George Arlt was born in 1928 in Berlin. He was one of the most prominent German orchestra leaders of the fifties and sixties.

“You are listening to well-known melodies played by George Arlt and his augmented string orchestra“: this announcement is heard almost daily from all German radio stations and heralds a transmission devoted to modern dance and light music of a most sophisticated kind. Alt recordings by this orchestra attain a standard of professional artistry far beyond the normal.

Arlt loves soft melodic lines but they must be rhythmical. The 35 year old conductor is a Berliner end a quiet and modest artist. Whether on the conducting podium or involved in the administration of a radio station, his art and not his sell is prominent. As a violinist he has a tone to satisfy the most demanding ear. From the violin, Arlt demands all. He comes from a family of musicians; his mother was a well-known pianist and his grandfather a repetiteur. No wonder then that his musical career began early. After many years of patient study and hard work, Arlt completed his studies at the famous Berlin High School for Music.

From 1940-1950 he was concert master of the Berlin Radio. He then continued his activities as concert master and violin virtuoso with the RIAS Dance Orchestra. In 1958 he formed the String Orchestra whose sound, through innumerable broadcasts, has become a household name to radio and television audiences throughout Germany, Arlt is one of the very few concert masters whose immense knowledge of the technique of violin playing has enabled him to weld his players into an orchestra of extraordinary refinement.

His “Venus Waltz,” “C’est si bon” and “La Mer” are magnificent examples of this. Here then, are twelve world-famous hits, enchantingly played by a great orchestra and superbly recorded.