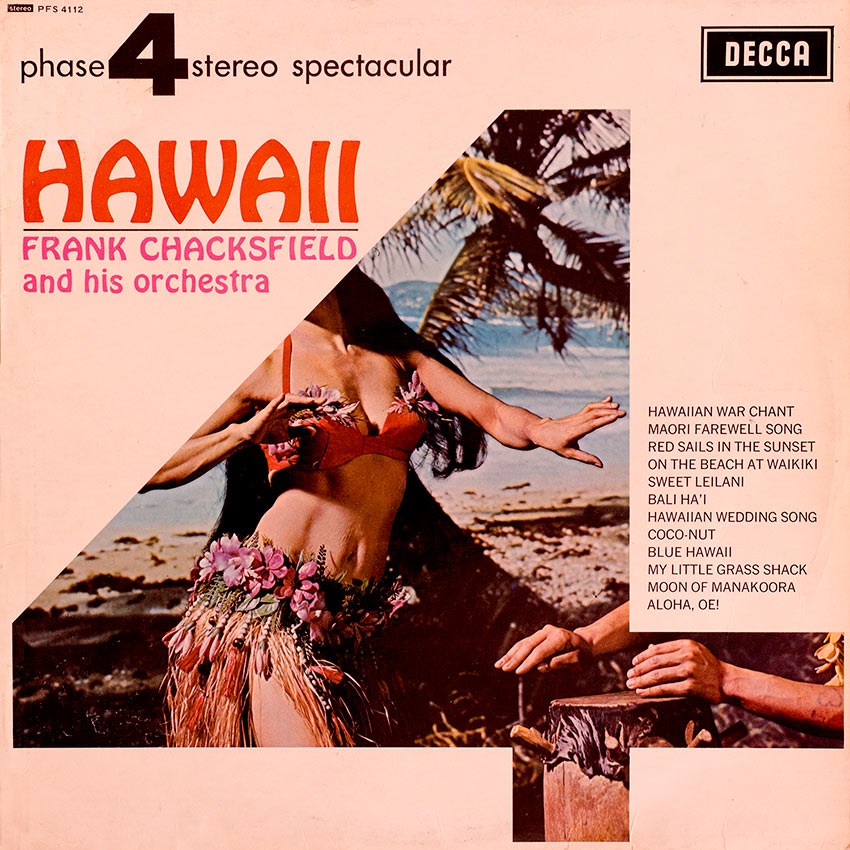 Imagine that you are in Hawaii a long time ago, a time when there was no tourist trade as such but native (Polynesian) Hawaiians leading a life comprised primarily of agriculture, fishing, and feasts to celebrate the gods in whose legends they had a great belief.

In the stillness of the star-laden night broken only by the crashing of the ocean waves, a group of people gather the graceful women wearing a skirt called a pa-u and a shawl or kihei, and the men attired in their malos or loin cloths. All of the clothing has been made by the women and is of kapa, the inner bark of certain trees and plants found on the island. Many of the pa-us, kiheis, and malos are colourful, for they have been dyed and some have been stamped with designs of brilliant colours.

The instruments they used the nose flute, the whistling hokeo, the ukeke (musical bow), and the pu (resonant conch shell) are now to be found only in museums. In their place are the ukulele and steel guitar which give Hawaiian music the tone and feeling that it had in the past.

A luau is born; music, singing, and the sound of ti-leaf skirts swaying cover the silence with a rhythmic beauty which is Hawaii’s alone. You are attracted by the pulsating rhythms of the “Hawaiian War Chant” which drift through the quiet night, and come to hear and see one of the most exciting events you are ever to witness. If this is your first luau, it should be explained that the luau is an exotic ceremonial feast of which the principle constituents are music, dance and food. As you near the feast, the smell of pig roasting in an imu (or oven) on a bed of rato and ti leaves as well as the aromas from laulau and lomilomi promise a succulent and enjoyable meal.

But it is impossible to think of food alone, for the hula is being danced by many beautiful girls in ti-leaf skirts. The dance is essentially religious, with each hand and arm movement having a special meaning and the single dance as a whole portraying one of the legends of the gods, a ballad, or a whole chronicle.

Now another dance has begun, that belonging to the “Maori Farewell Song.” And so the luau will continue until it is time to say Aloha, Oe!