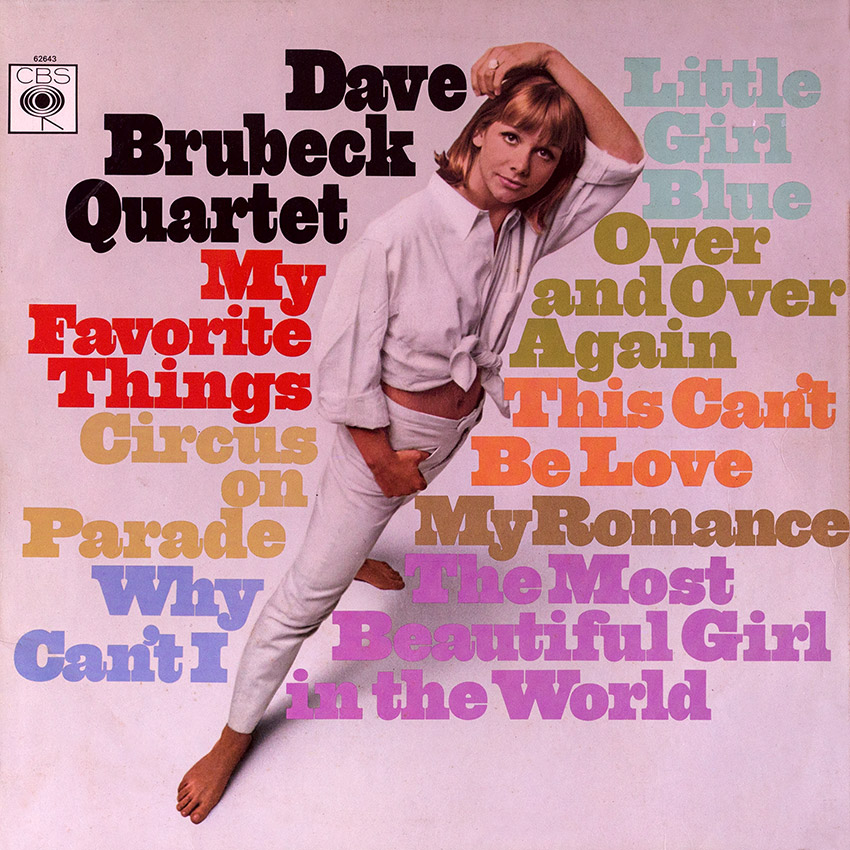 I’d like to tell you a little about how Dave’s MY FAVOURITE THINGS came to be. In the course of his career, Dave has recorded many Rodgers tunes – several of the songs in this album, in fact, have appeared in other Brubeck versions. For example, Dave’s first recording of one of his special favourites, My Romance, dates back to an album he made for Fantasy Records at Mills College eleven years ago, before he came to CBS.

He asked the engineers to leave the recording equipment on and leave the auditorium. He wanted to record the song solo, with no one around. Dave then Invited the engineers back into the hall, saying: “Fellows, here it is!” It was a perfect “take.” In this new version of Romance – again recorded in a single “take” – the rest of the Quartet joins Dave after his new solo piano intro. And he even allowed the engineers and me to stay this time. Dave and I have been very dose to this project for two-and-a-half years, planning arrangements of some of the songs that Dave wanted to record from Rodgers’s vast song output. During sessions for several recent Brubeck albums, we always made time to record at least one of this set’s tunes. MY FAVOURITE THINGS, a new dimension for Dave in spirit and emotion, expresses his high regard for Rogers, one of our most prolific and best-loved composers.

A lot of my friends tell me I should be angry when the modern boys fool around with my music. I think a lot of my friends aren’t being very smart about this. When Dave Brubeck fools around, he isn’t fooling. For me, this whole MY FAVOURITE THINGS album is deeply enjoyable and highly flattering. I’m indeed grateful to Dave Brubeck.

I feel that in his own way and with his own musical personality, Dave Brubeck has given a new breadth to these songs. His performances are warm and often humorous For example, Circus on Parade, the Quartet’s first recording of this tune, opens with a wry little military march before breaking into a swinging tempo and ends with Joe Morello’s parade-drum cadence disappearing down the street. Dave felt at first that he should perhaps not include this track because of its slightly off-beat touch. I reminded him that there are many facets to Rodgers’s music, and humour is definitely one of them. Dave, of course, agreed that it should stay in.

Let me say here that the musicians – Dave, Paul Desmond on alto sax, Joe Morello on drums and Gene Wright on bass – play superbly as always, sharing in each other’s musical ideas as if they were second nature to them. In addition to being a musical album, it is also a fun one. At least it was to those of us involved in the making of it.
Teo Macero