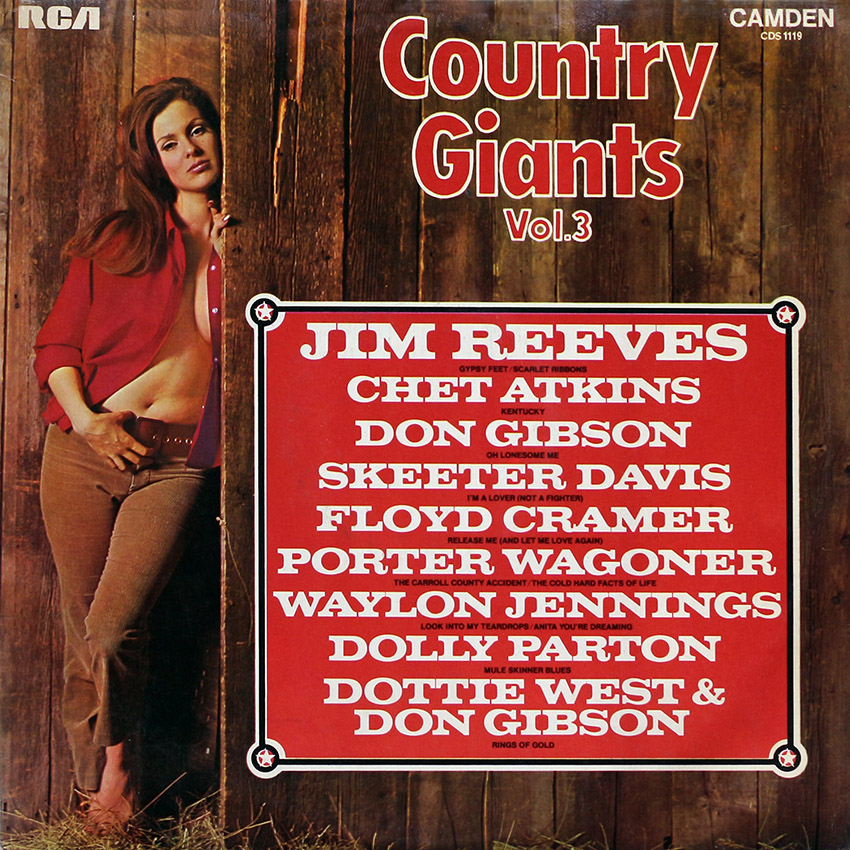 Country Giants. Giants of Country Music. But that’s enough about the cover. I’m no country music expert but I suspect this selection wasn’t taken from the premier league of country hits.

The world of country music has provided that wider world of show business with some great performers; names like Jim Reeves, Chet Atkins, Floyd Cramer immediately spring to mind as people who have enhanced overall the music industry. But these names, like the others on this album, are basically country music artists and their enthusiasm and love for this music that is so indigenous to America but has yet spread its appeal to most western countries keeps them leaders in the field.

On this album you’ll hear the legendary Jim Reeves performing two songs, one of which is that great favourite “Scarlet Ribbons”. And you’ll hear Floyd Cramer giving very different treatment to “Release Me”, the song that gave Engelbert his big break. Skeeter Davis, Waylon Jennings, Dolly Parton and Porter Wagoner all come in with fine country songs and there’s a memorable duet by Dottie West and Don Gibson.

Most of these artists have been delighting country music audiences in America for many years now and over the past few years a steady stream have made their way to London for appearances at theatres and festivals throughout Britain. Both in their music and in their background they reflect all that is best and enduring in country music. Some of the songs they write and perform may become hits, not only for their originators but for other artists, but what remains essentially the same is a spirit that comes into every country song and makes it a vital part of today’s musical scene.

Country music fans will know just what we mean.