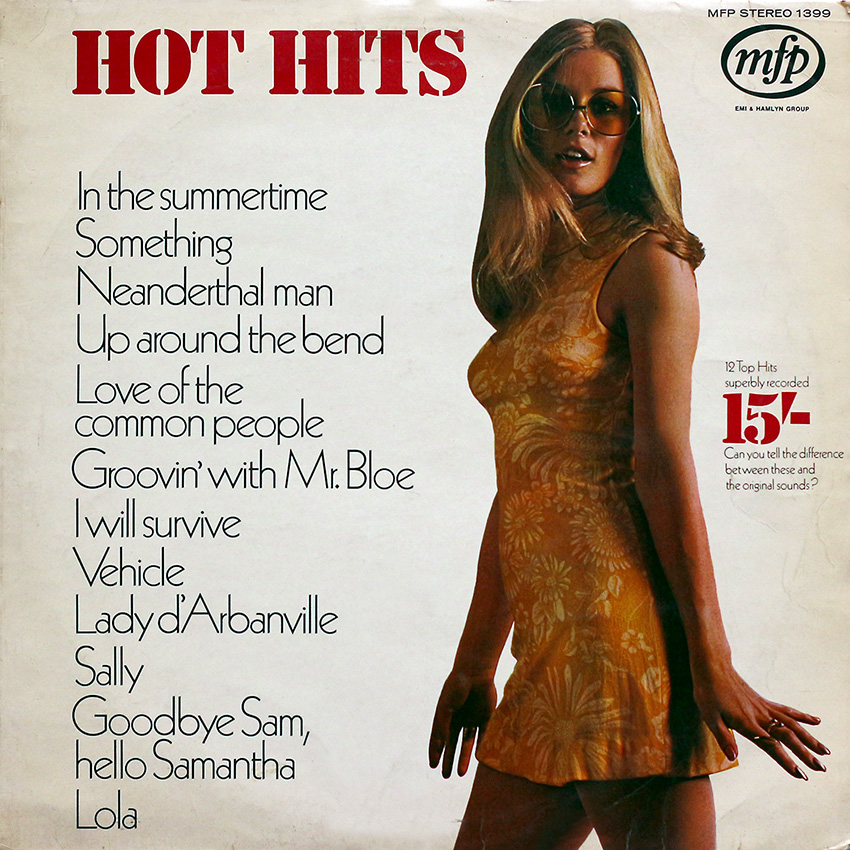 This is the first in the Hot Hits series and therefore doesn’t carry a “volume” number. The series went on to run for many volumes – see our collection page of “Hot Hits” to view more of them.

These are twelve of the HOT HITS that are riding high in our charts. They have been excitingly recreated by talented artists who recapture the original appeal that has made them into hits. Music for Pleasure brings you these chart busters on a single LP so if you want to make your party swing or simply wish to relish the sounds of HOT HITS, pop this album onto your record player and enjoy yourself. 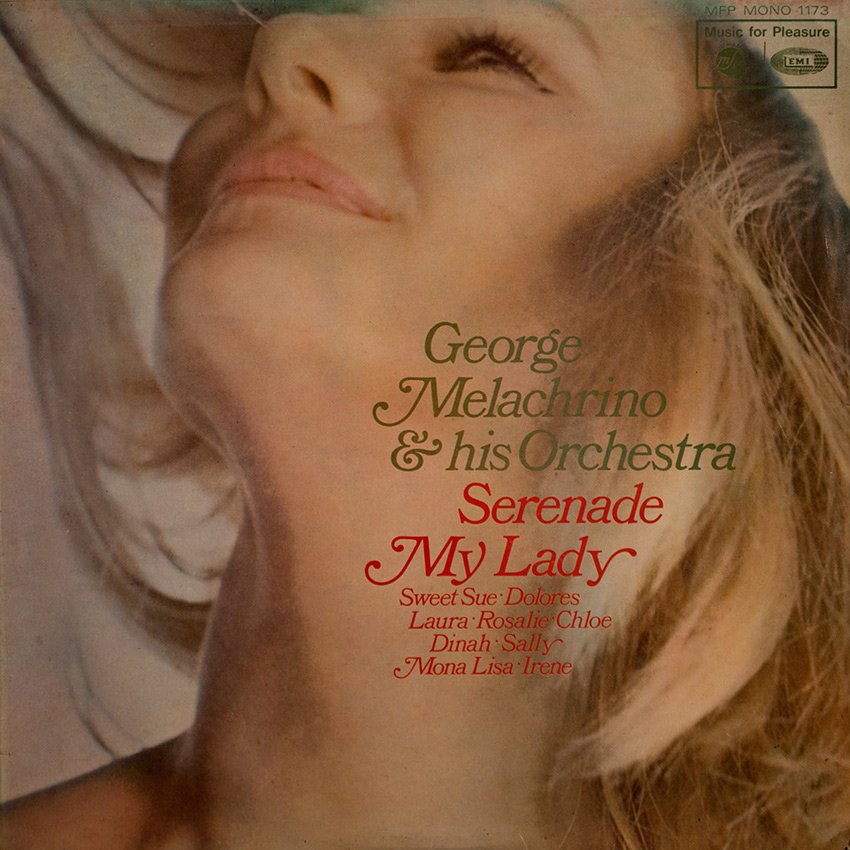 The name of George Melachrino will always be associated with rich, melodious instrumental music, and the titles on this L.P. ably demonstrate Melachrino’s easy-going style.

Melachrino was born in London in 1909 of Greek parentage, and he showed a leaning towards music at a very early age. “I wrote my first composition when I was four. There was never a chance of my becoming anything but a musician.” He first played the violin at three, and when he was three he made his first public appearance as a violin soloist m a day concert at a London music hall. At sixteen he won a scholarship to Trinity College of Music where he formed a jazz band and learned to play eight different instruments. After his graduation he appeared regularly as a singer and performer at the Old Savoy Hill Studios in London. In the 1930 he played in many different bands and proved to be accomplished performer on the violin. viola, oboe, clarinet and saxophone. During the Second World Was he became musical director of the Army Radio Unit and later formed and conducted the British band of the Allied Expeditionary Force. After the war George formed the Melachrino organisation which consisted mainly of the full size Melachrino Orchestra. He recorded extensively throughout his career and has also been responsible for many films and theatrical performances.

When the first song-writer was casting round for inspiration It is probable that it came to him in the shape of a woman. Through the ages the members of the fair sex have proved the stimulus for many a tunesmith to burst into song in their honour. On this L.P. we invite you to meet twelve beguiling beauties of modern times bewitchingly gowned in creations by George Melachrino and his Orchestra – the twelve lovely ladies who between them display such a variety of charms as to leave any poor male in a state of bemused enchantment. Each of our ladies has a personality that is all her own.

“Laura” is elegant and expensive with a hint of mystery in her eyes: “Dinah” a dusky charmer with a lazy southern drawl; “Louise is a coquettish Parisienne, while “Dolores” is a blackeyed senorita with a fiery Latin temperament. The enigmatic smile of “Mona Lisa”, the sweet innocence each portrait is subtly shaded and coloured by an artist who uses an orchestra for his palette and cellos for brushes. One thing they have in common… each is irresistible.