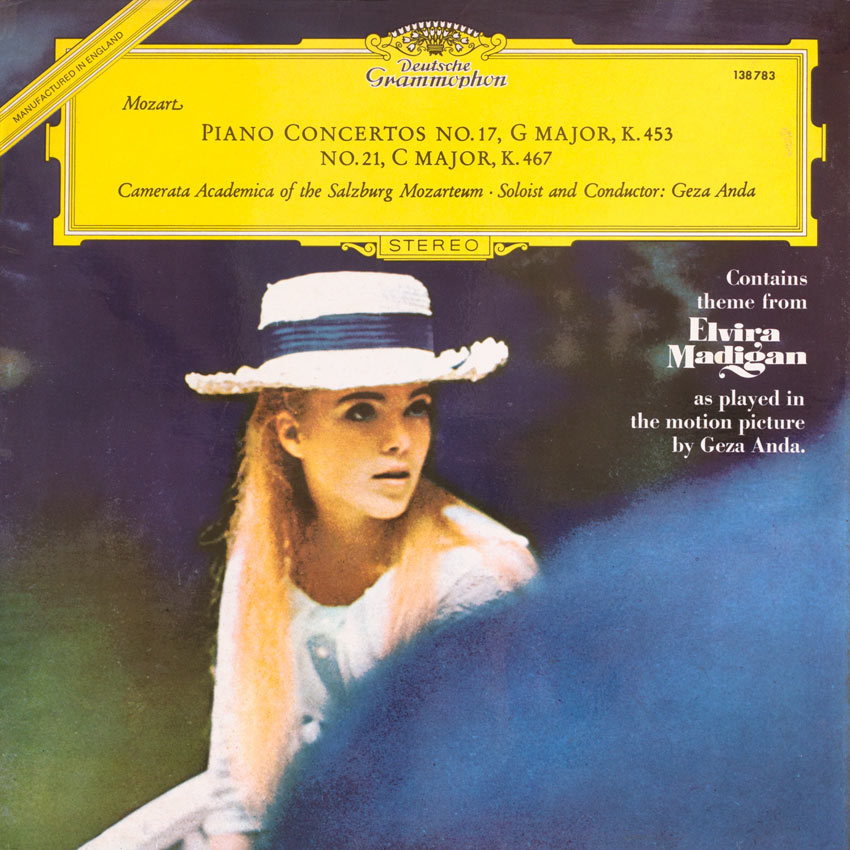 The Concerto in G major, K. 453. written by Mozart in 1784, takes a place of importance among the master’s piano concertos. Behind the marvellous thematic complexity of the first movement one discerns a strange emotional unrest. The opening of the C major Andante displays the thematic resemblance with the second subject of the Allegro, which only fore-shadows the full weight of aesthetic experience a sensitive listener will discover in the course of this movement where the key shifts incessantly and iridescent qualities are turned into a great flow of melodious, almost passionate emotion.

This heartfelt instrumental conversation symbolizes the intimate character of the concerto, which is equally noticeable in the close dovetailing of soli and tutti. In she Allegro finale, which displays most exquisite variations of a simple, song-like theme, the woodwinds frequently play the role of independent partners.

Mozart completed the C major Concerto K. 467 in February 1785. It is of a type that has been termed “Militarkonzert”, and certainly the march rhythms of the Allegro maestoso theme strongly accentuated in bar 7 by the wind instruments impart a somewhat military air. The simple melody of the second subject is joined in the development section by a new theme introduced by the soloist. The latter’s part is no longer treated like a dialogue, but “integrated” in symphonic manner. It is understandable that Mozart did not write symphonies for the first few years of his life in Vienna.

These concertos are symphonic in the best sense of the word according to Alfred Einstein, who accurately describes the F major Andante as “an ideal aria, freed from any considerations of the human voice”. A rondo finale (Allegro vivace assai) of delicate humour, scintillating and ingeniously contrived, concludes the work. Our recording brings a musical accomplishment that has enraptured countless visitors of concerts given by the Camerata Academica of the Salzburg Mozarteum under the direction of Géza Anda. Here an old tradition is being revived by which the soloist holds at the same time the capacity of conductor, assuring a maxi-mum of unity in the musical concept of the performance.

By such virtues Géza Anda and his musicians interpret Mozart’s celestial music in a most convincing and lively fashion through the rare beauty and integrity of their performance. Géza Anda received his training at the Franz Liszt Academy in his native city of Budapest, there winning the much coveted Franz Liszt Prize. His career began with a concert in Budapest with orchestra under Mengelberg. His great success on that occasion led to him receiving an invitation to Germany, where one of his first appearances was with the Berlin Philharmonic Orchestra under Furtwangler. Concert tours of Holland and France followed.

Géza Anda has lived in Switzerland since 1942. Since the end of the war he has appeared in every important town of the continent. He plays regularly at the Salzburg and Lucerne Festivals, and has received fervent ovations at the Edinburgh, Vienna and Berlin Festivals, and particularly on his tours of the USA. Among the younger generation of pianists Anda is one of the most striking personalities; his playing is outstanding by virtue of its clarity and musicality.