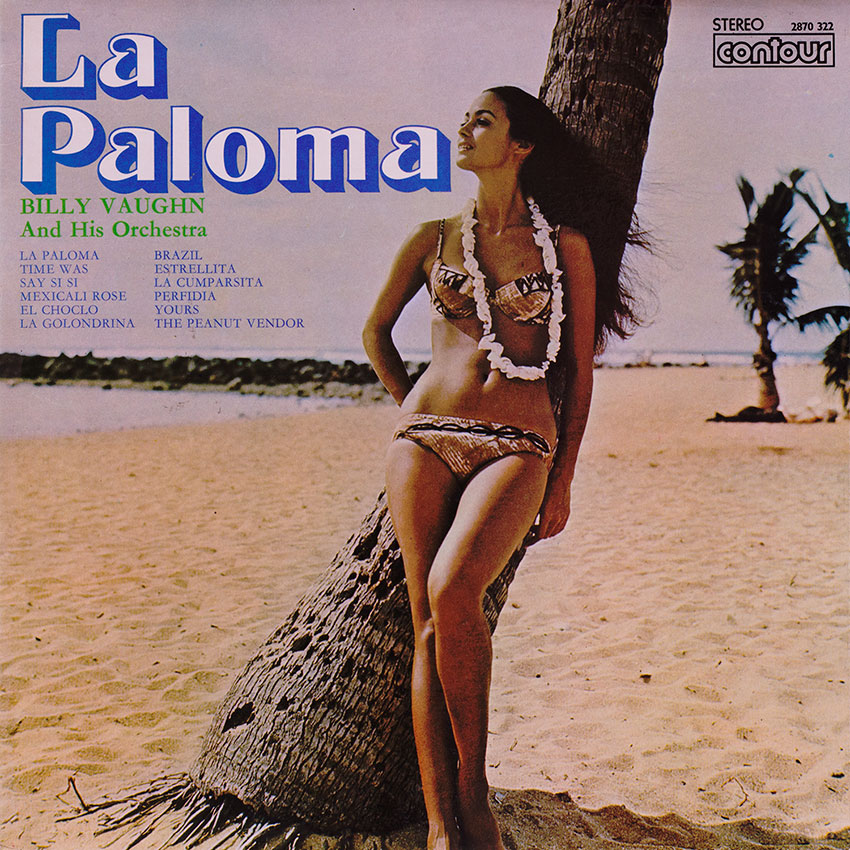 If you start throwing around statistics, Billy Vaughn really comes out on top. In addition to his several million-seller albums, one of them ‘Sail Along Silv’ry Moon,’ has by now gone over the three million mark. He’s got awards by the dozen — ‘best selling orchestra’ Most programmed orchestra,’ best studio orchestra’ plus special honors like the Golden Tulip award in Holland, the Gold Cow Bell award in Switzerland. Three Million Sellers from Germany, and similar recognition from Sweden and all over Latin America.
This album is yet another example of Billy Vaughn’s magic, listen to his superb interpretations of such great standards as La Paloma, Brazil, Perfidia and of course the famous Stan Kenton standard ‘The Peanut Vendor.’