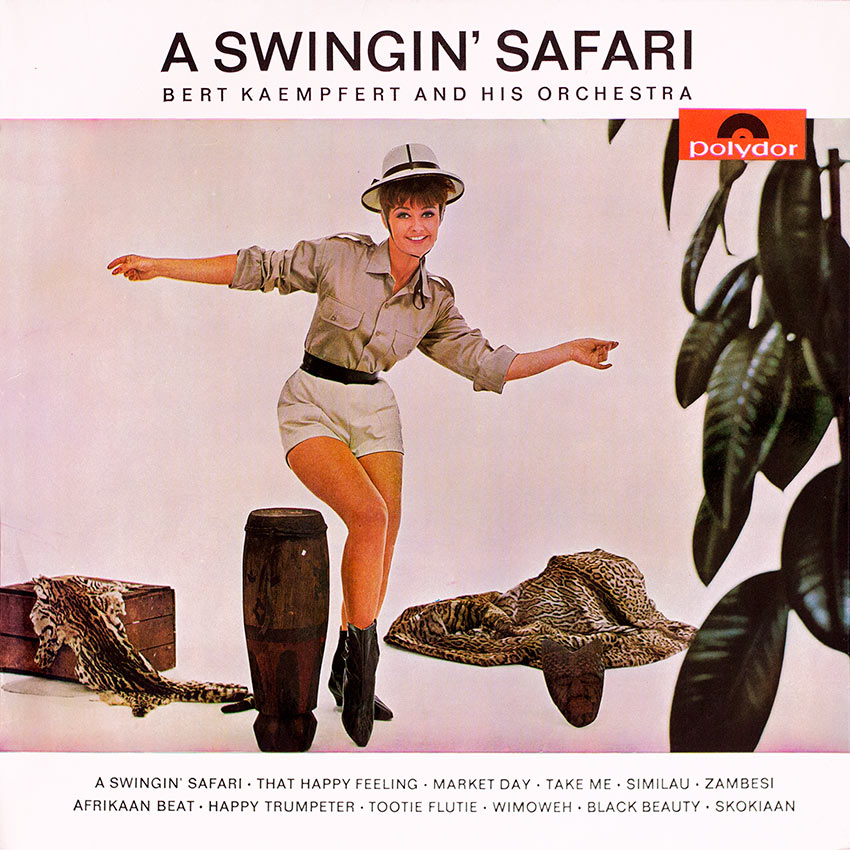 Composer-conductor-arranger Bert Kaempfert created a sensation with the million-selling hit recording of the hauntingly beautiful WONDERLAND BY NIGHT. With it, he almost single-handedly reestablished the popularity of the big band, and in so doing became one of its most popular and vital forces.

WONDERLAND has been followed by a bright succession of Kaempfert hits the most recent of which, and perhaps the most significant being AFRICAN BEAT together with the title song of this album, and THAT HAPPY FEELING. All these three titles are original Kaempfert compositions, and they represent with their brilliant trumpet passages and beautiful intrusions of massed strings one of the most rhythmically exciting and melodically imaginative sounds ever conceived by Mr. Kaempfert or anyone else on the scene today.

Mr. Kaempfert, like many other modern young men of music, has long been fascinated by the music of Africa; and in particular by the unique rhythms and “penny whistle” sound that is the result of the mergings of Europeon and African negro elements in South Africa. Thus, this album is the outcome of much research and study. Its moods range from softly sentimental to almost boisterously swinging. The sound is characteristically rich.