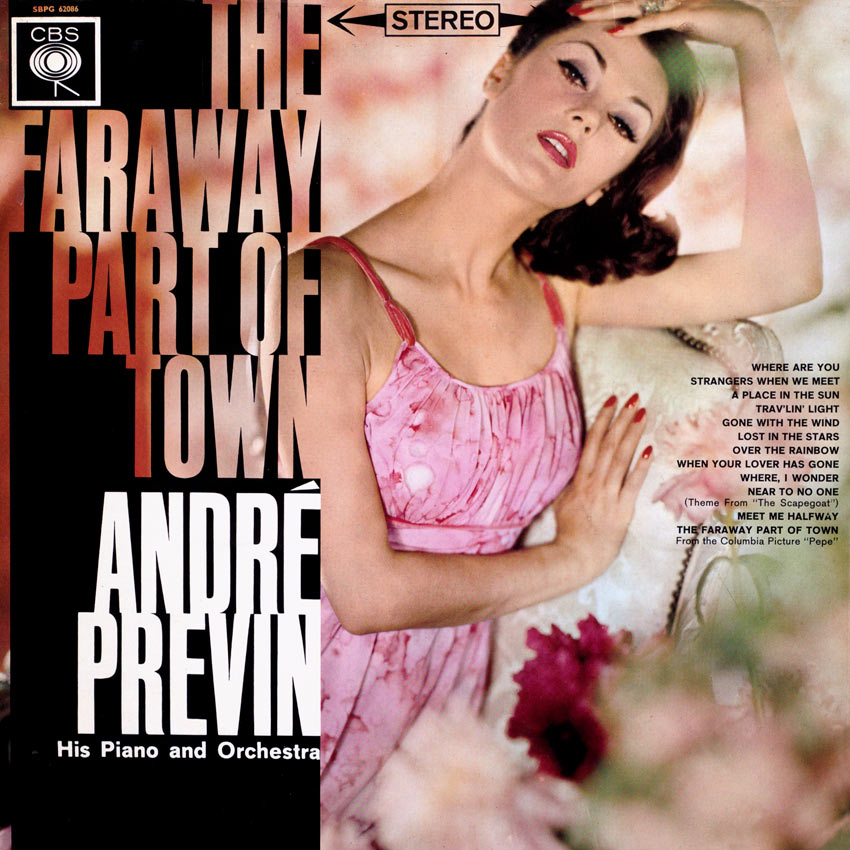 When André Previn was a little boy in Berlin, where his father was a lawyer and amateur pianist, he would sit under the piano at family musicales while his father and friends played for their own amusement. “I was involved unconsciously with music as far back as I can remember. The father left Germany to get out of the way of the Nazis and took his family to California, where André was unceremoniously deposited in a public school without possessing a single word of English. He felt terribly embarrassed and awkward; it must have been a traumatic experience. Yet, to compensate for what he felt, he turned to music as a means of showing his worth.

In his early teens he began hanging around radio stations, playing piano and, when he was allowed to, arranging for house bands. (The conductors allowed him to do this free. “I didn’t have to pay them for the experience,” André says, ironically.) Presently someone at MGM heard of “that kid” and, sent for him to do some arrangements for Jose Iturbi, who was to play jazz piano in a picture but hadn’t the slightest notion of how to do it. That assignment led to his doing the scores for about thirty films, including Three Little Words, It’s Always Fair Weather, Invitation to the Dance, Gigi, Porgy and Bess, Bad Day at Black Rock, Elmer Gantry, and most recently, One, Two, Three and The Four Horsemen of the Apocalypse. Scoring for films is only one of his many activities. He conducts and appears as piano soloist with symphony orchestras across America, he leads a jazz combo in nightclubs, and in concert appearances, he composes “heavy” music as well as popular, and he and his wife are working on a musical comedy. It is my suspicion that somewhere in his busy schedule he also finds time to make his own music paper and ink.

That, in a paragraph, is André Previn, who is as near to being the young Leonardo of the music world as anyone we have and don’t go away sore, Leonardo Bernstein. You’re older than he is, and this is his record.

Indeed it is. Here is Previn playing the piano against what my favourite living American author, W. Thornton Martin, unquestionably would term “a lush back-ground of strings.” The music is brooding and wistful, nostalgic and full of longing and, here and there, touched with syncopation as well. It is all in that superb taste we have come to expect from this young man, who is I have said it before and here it is again a prodigious talent. Yet Previn is not arrogant about dis-playing his virtuosity. Listen to Gone With the Wind, which is my favourite. It begins with the strings and André playing together. Then he states his theme, after which he gives way to the strings; but after they have had a few bars to themselves he seems to become impatient and more insistent it is almost as though his ability is about to race out of control. It never does. Previn must be exasperating to his peers, for he has managed the rarely seen ability to be free yet controlled, to experiment yet stay within bounds. He is always in charge, always authoritative. He knows where he is going but is delighted to find that some part of him is leading him into unexpected areas. All these selections are like that. What a break for the rest of us that that little boy in Berlin climbed out from under the piano and sat down at the bench.
RICHARD GEHMAN