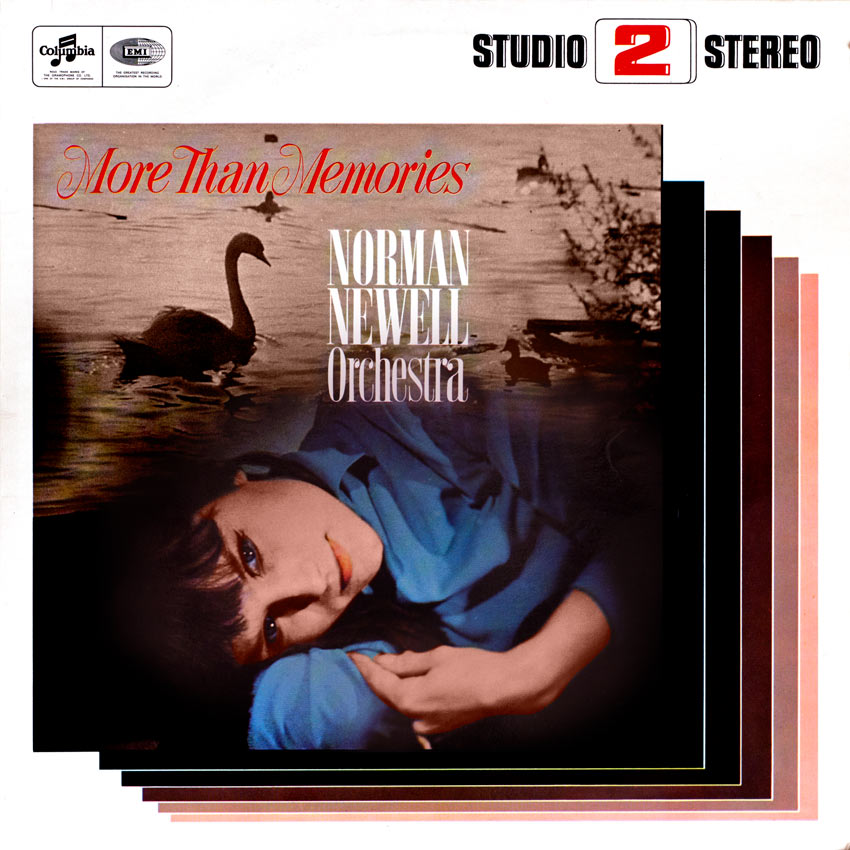 The first time I met Norman Newell he was selling sheet music in a music publisher’s store in Charing Cross Road. Our first conversation was related to my asking him to run out and get me a packet of cigarettes and his first words to me were to ask my advice about song writing. We have been great friends ever since and today he is one of our top lyric writers.

I knew immediately I met Norman that he would go a long way in show business; he seemed to be so essentially a part of it. It was not long after we met that he ‘graduated’ from the shop to become, what is termed in the song writing world, a ‘promotion manager’, a rather glorified name for a travelling salesman in songs, but he soon got tired of selling other people’s songs and decided to write his own. He achieved early hit parade status with such songs as NICE TO KNOW YOU CARE, OUR LOVE STORY and MY THANKS TO YOU and it was about this time that E.M.I. Records asked Norman to join them as a recording manager. The list of artists he has since recorded sounds like the Command Performance of all time they include: Julie Andrews, Noel Coward, Marlene Dietrich, Gracie Fields, Norman Wisdom, Judy Garland, Johnny Mathis, Russ Conway, Ken Dodd, Margaret Rutherford, Joyce Grenfell, Paul Anka, Tommy Steele, Mary Martin, Richard Burton, Elizabeth Taylor, Johnny Ray, Dora Bryan, Frankie Howard, Errol Flynn, Anna Neagle, Stanley Holloway, Petula Clark, Shirley Bassey, Eartha Kitt, etc., etc. Although he is undoubtedly one of the best recording directors in the business, Norman still manages to find time to concentrate on his writing career, which he insists is his first love. He has written lyrics for hit parade songs like BELLE OF THE BALL, THE SHADOW WALTZ, MORE THAN EVER, JEANNIE, BY THE FOUNTAINS OF ROME, SAILOR, PROMISES, MORE THAN LOVE and SAY WONDERFUL THINGS.

Norman has written songs for over forty movies and this facet of his career was highlighted when he became the first English lyricist to be awarded a Hollywood Academy Award Nomination for his song MORE from “Mondo Cane”, written with Riz Ortolani. This song is now one of the most recorded numbers in the world, having over three hundred different versions in the English language and countless others throughout the world. MORE has earned Norman a BMI Award and the coveted American GRAMMY Award. The lyric for PORTRAIT OF MY LOVE, with music by Cyril Ornadel, was described by famous American columnist Walter Winchell as poetry. This song also earned Norman a BMI and an Ivor Novello Award. Ivor Novello Awards were also given to him for BY THE FOUNTAINS OF ROME and JEANNIE, and last year, he and Riz Ortolani won the Hollywood Golden Globe Award with their song FORGET DOMANI from “The Yellow Rolls-Royce”.

Included on this album are MORE and PORTRAIT OF MY LOVE and also the new film titles that Norman has recently written, WHO CAN SAY, with Riz Ortolani, from the forthcoming film “Africa Addio” and AMANDA, written with Brian Fahey and included in the film “The Alphabet Murders”.

Norman told me that he called this album MORE THAN MEMORIES because his career has so many wonderful moments to remember that memory to him is part of the present as well as the past. His selection of melodies on this L.P., so beautifully orchestrated by Brian Fahey, are personal, and I am sure they will appeal to many people.
MICHAEL CARR (writer of South of the Border and Dinner for One Please James).