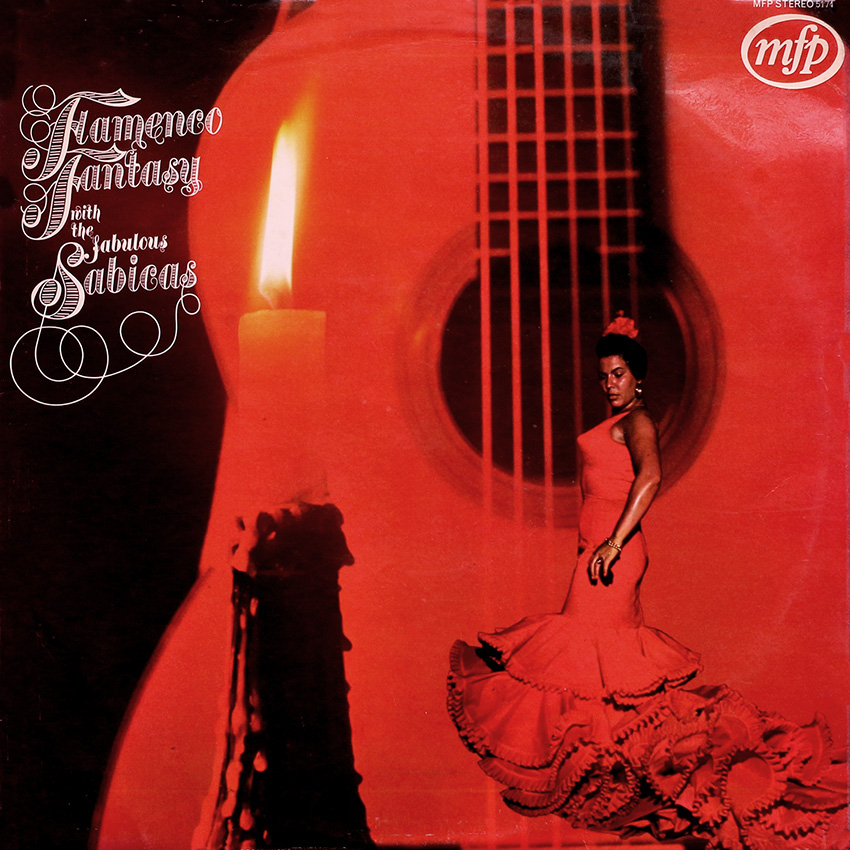 An understated cover that matches the feel of this record perfectly. Watch Sabicas in action by following the YouTube link below.

Sabicas, master of Flamenco Guitar, was born of gypsy parents in Pamplona, Spain. He was only five when he began playing the guitar – without tuition – quite an achievement for one so young, and within three years was ready to take part in a national contest held in Madrid. As a result of winning an important prize in that same contest, he eventually began touring Spain as a performing artist. Everywhere he toured his artistry met with success. and by the time he was twenty Sabicas was already considered a major Flamenco Guitarist.
Sabicas left Spain in the late ‘thirties and went to live in Mexico for the greater part of twenty years. He then made successful tours with his own company and with that of Carmen Amaya, a combination which proved immensely popular, making a number of films, recordings and television appearances together.
Flamenco music, the music of Spain, is by turn, fiery, haunting, and passionate. It is charged with great emotion with a pure musical beauty that few forms of music contain. This very beauty, together with the depth of feeling captured by the guitar in the hands of Sabicas, forms an album which without doubt is one of the finest ever presented.