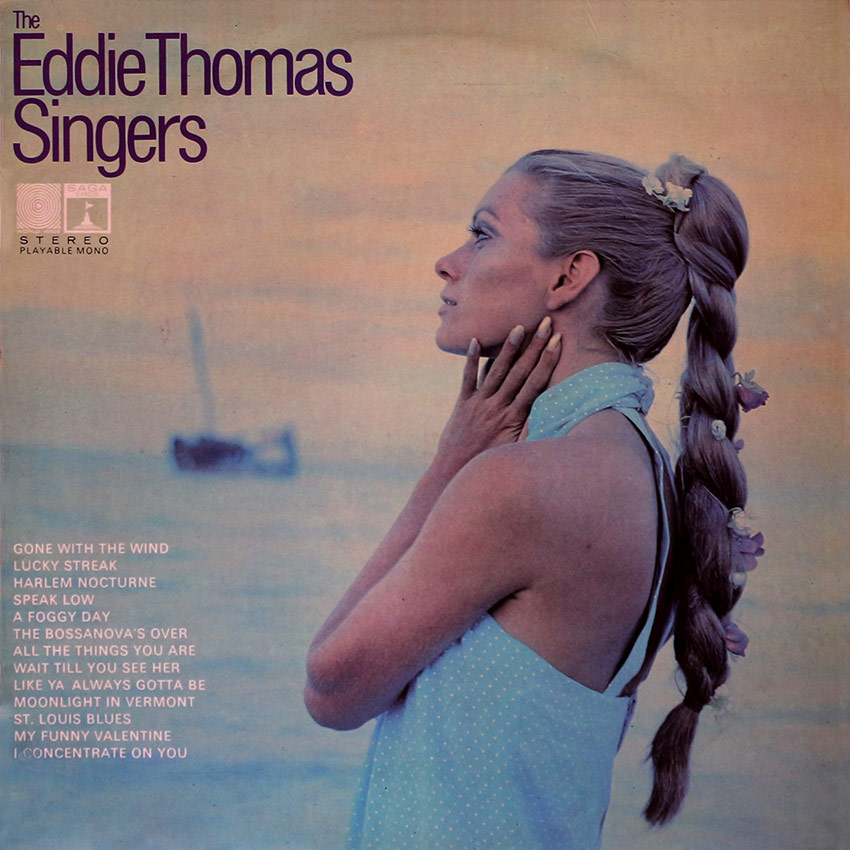 If you’ve been looking around for an album of classic pop-songs, skilfully arranged and beautifully sung, stop right here!

In this age of the shout, moan and groan, the musicality of the Eddie Thomas Singers is a tonic for sensitive ears, and the first thing to be observed about the Group is that they use their voices to sing in the true vocal sense of the word. In addition, they apply a technique com­parable to that of an instrumentalist without, in anyway, neglecting the importance of the lyrics.

>The man responsible for this refreshing musical sound. Eddie Thomas, is one who should certainly know all about group singing for he began his professional career as a member of such a fraternity on numerous network radio and television programmes including “The Bell Telephone Hour”, “Arthur Godfrey Show”, “Jackie Gleason Show” and “Ernie Kovacks Show”. Since 1957 he has been one of the leading producers of music for advertising and has com­posed and arranged jingles – vocal and otherwise – and film background music for most of the major advertisers in America.

Thomas is also a versatile man in his musical achievements and is equally at home in the Concert Hall where his symphonic works have been performed by some of the leading Symphony Orchestras, including the Vienna State Opera Orchestra. There is obviously no small talent behind the man and his work and in this recording can be found but one example of his multiple gifts.

An album of happy sounds, to be sure, and one which should bring countless hours of pleasure to lovers of good words and music and to all lovers!