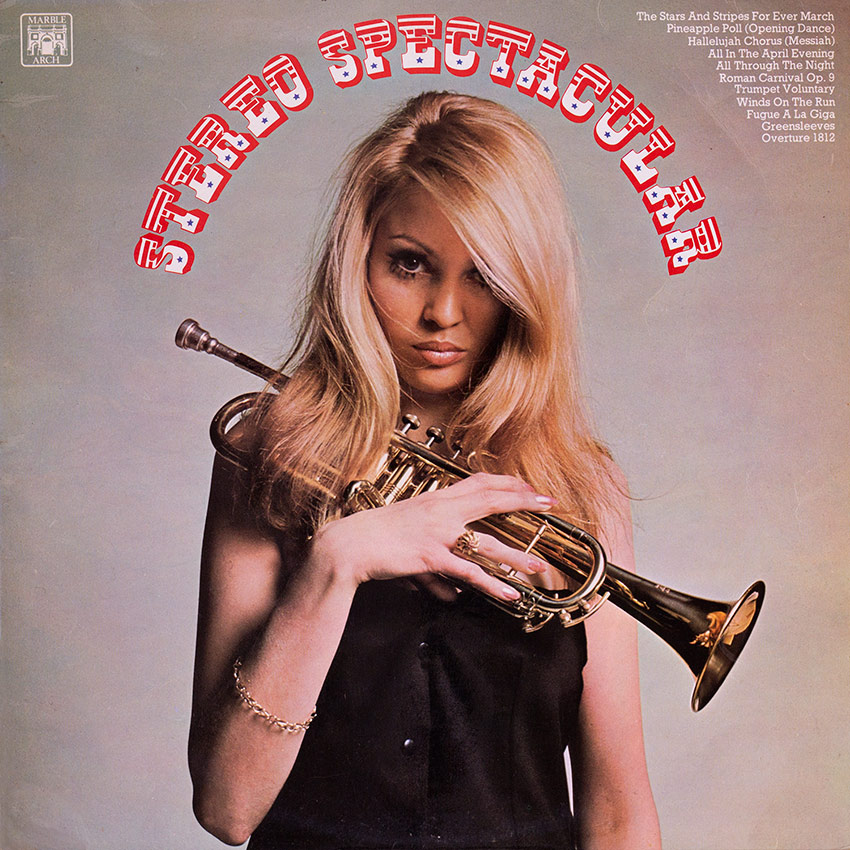 The concept of the Stereo record is barely a decade old in this country, but it is as much a part of today’s musical scene as the family gathering around the piano was in the last century. Stereo has brought the full sound of the human voice and the musical instrument back into the home, but in a bigger and better way. The very best orchestral and vocal combinations can be heard to their fullest here on an LP of beautifully balanced works covering a range of instruments and a range of popular classical compositions that are a delight to listen to.

Stereo Spectacular gets off to a rousing start with Sousa’s ‘Stars and Stripes For Ever March’ played by the Halle Orchestra under the baton of Sir John Barbirolli. In complete contrast the Halle Orchestra return later in the LP with Purcell’s Trumpet Voluntary which features William Lang on solo trumpet.

So much of this record has been given to Brass bands because of their ability to bring out the best in a tune, and the tremendous effect obtained on a Stereo recording, where the varying facets of the brass instruments lend themselves so well to the Stereo technique.

The greatest bands with the greatest music: The Band of the Coldstream Guards under the direction of Captain Trevor Sharpe play Osterling’s ‘Winds On The Run’.

A combination of bands from the National Brass Band Festival — Brighouse and Rastrick Band: City of Coventry Band: Grimethorpe Colliery Band: G.U.S. (Footwear Band): Hanwell Band are all brought together under the baton of Sir Arthur Bliss to play the best known of all popular classics Tchaikovsky’s ‘1812 Overture’, a piece that is here given the performance it deserves.

The Black Dyke Mills Band and the Bradford Festival Choral Society are on two tracks both with chorus master George Stead and conductor Geoffrey Brand.

The first the soft and beautiful Robertson and Tynan composition ‘All In the April Evening’. The second with Roy Newsome at the Organ, Handel’s ‘Hallelujah Chorus from the Messiah’. The most English of Musicians and singers performing a work that is part of the English heritage.

Also at the Organ is Ralph Downes playing Bach’s ‘Fugue A La Giga’ at the organ of the Royal Festival Hall.

Two more vocal tracks complete the complement of this record; first the haunting melody of that traditional folk song ‘Greensleeves’ sung here by the St. Paul’s Choir directed by Christopher Dearnley. Second Ivor Emmanuel with the Rhos Male Voice choir and the very Welsh ‘All Through The Night’.

This is a record of contrasts; contrast in every hemisphere of Classical music that can conceivably be contained on one LP, but always the very finest of recordings have been selected to give a ‘Stereo Spectacular’.