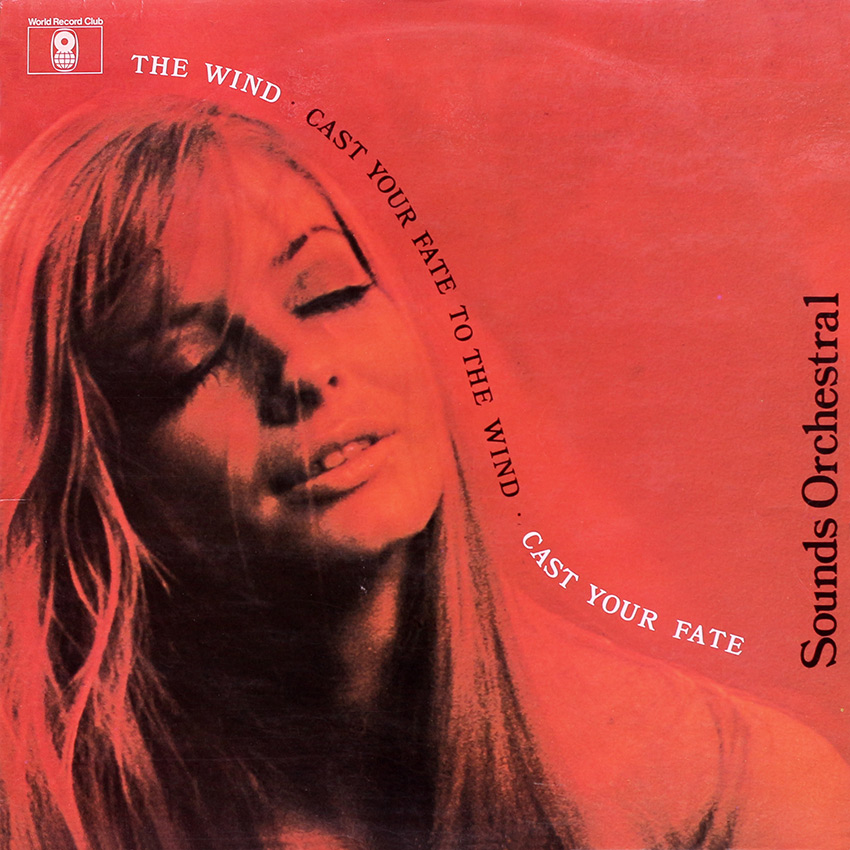 Now that man stands on the brink of conquering space and has one foot on the moon itself, one is inclined I feel to forget many of the things on this earth that have indirectly helped him there, One of them surely is music for “music is the food of life”. Those who create it and perform it are as ambitious and progressive as any space programme, If the effort can bring just a little happiness into this uncertain world of ours, then surely it is a success.

Sounds Orchestral, was an ambition, an ambition envisaged three years ago to update, so to speak, orchestral music (or to be more exact, “a better music”) and endeavour to bring it nearer to the understanding of the younger generation, keeping within commercial boundaries and retaining a teenage, yet adult appeal. This was no easy task, for to achieve this I firmly believed it was essential for a record to register on the current Hit Parade, and a great deal depended upon finding the right material.

“Cast Your Fate To The Wind” was written and recorded by Vince Guaraldi, an American musician living in California, and it was first brought to my attention by Tony Reeves, an astute young friend of mine, who incidentally played bass on the session. The tune although not easily memorable, has a fantastically elusive magic about it that really got me. It seemed to have been written with tremendous soul as though it were an interpretation of feeling about something that was deeply realistic to the composer. Most of all, the change of moods provided me with the opportunity of creating the sound and treatment I had in mind. The title was a gas also. As I thought it important basically not to change Guaraldils conception, I decided the piano must have the lead and I called upon the services of one John Pearson Pianiste fantastique! John had been a friend of mine for many years now I first heard him when he had his own radio programme and was so enthralled by his technique as a pianist and abilities as an arranger, that I immediately got together with him and we made an album. Since then; John has continually made an envied name for himself and such artists as Lena Horne, Vanessa Lee, Shirley Bassey, Connie Francis and more recently, Cilia Black have benefited by and owe a great deal to his phenomenal talent.

Particular care was taken as to now we went about recording. I decided that the rhythm was more important than anything else and therefore should be treated a a separate entity and recorded on its own. This turned out to be extremely successful where sound was concerned and I found I was able to experiment with getting far better rhythm effects this way, as well as a particularly good piano sound. Other parts were carefully worked out and recorded afterwards. I would mention here that a great deal of the success of Sounds Orchestral is due to the sound itself and this is sorely complimentary to the talents of Ray Priam, our engineer who really put heart and soul into the project. All musicians used were specially selected and great credit is due to Kenny Clare, who is undoubtedly one of this country’s finest drummers. He really knocked himself out to make Sounds a success also Peter McGurk, Frank Clark and Tony Reeves, the three bass players we used, who all likewise did a fantastic job.

Recording the album itself was particularly thrilling; John and I went to great lengths to choose the material very carefully and work out routines, arrangements and sounds that would make the album exciting and different. Some of the tunes such as “Like The Lonely“, “To Wendy With Love“, “When Love Has Gone“, were specially written by us, “Something’s Coming“, from the famed West Side Story is given a wild and exhilarating treatment, interwoven strings and the rhythm section really do swing. Tony Hatch’s million selling “Downtown” retains the original conception but with that special difference. “Love Letters” made famous by that fantastic Ketty Lester record is played beautifully and given the special Johnny Pearson touch. “Scarlatti Potions No. 5 & 9“are two of Scarlatti’s Sonatas, which we thought would enhance the album. They are treated with much sincerity and hold great respect for the original.

The rest I feel should be left for you to be the judge. I have tried to present something that is different but above all something that I sinoerely hope will give pleasure and not be thought over ambitious.