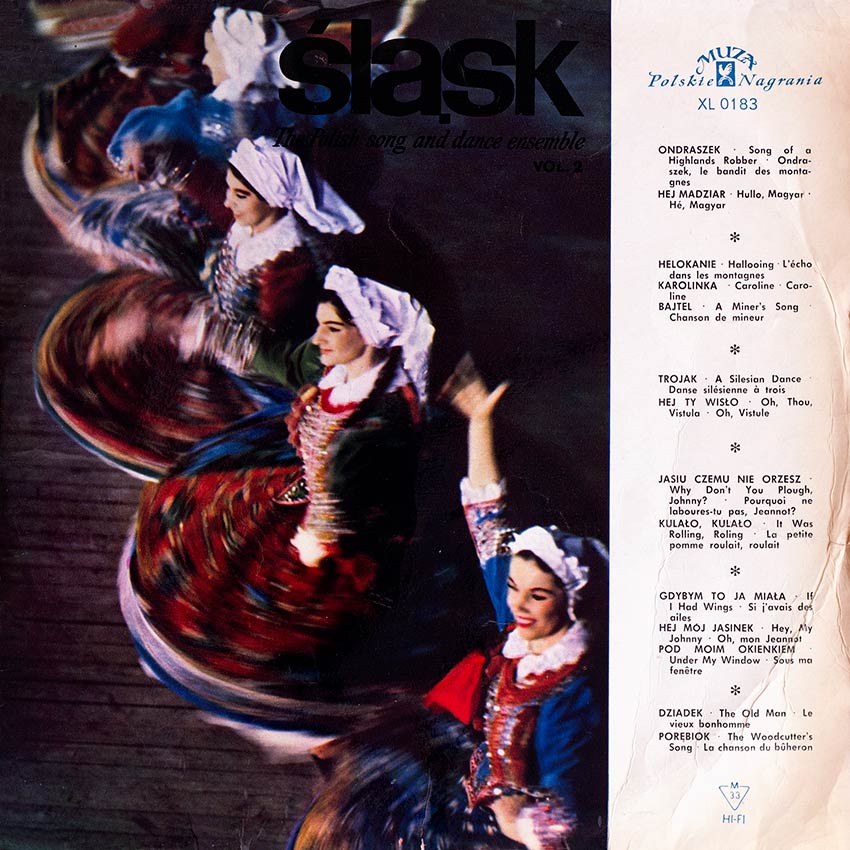 Song and Dance Company „Śląsk” (Silesia) consists of well over one hundred boys and girls whose repertory of delightful, colourful dances and songs is based on the Polish folklore. „Śląsk” came into being in 1952. Its creation was prompted by Polish musicologists and writers who feeling all the beauty of Silesian songs and dances had the idea of putting them into an artistic shape.

The man who eventually created and now heads the Company is Stanislaw Hadyna, himself a Silesian by origin. He loves his native land and so feels its breath and rhythm. Elwira Kamiriska is the Company’s choreographer. The dances in her choreography are noted for their original inventiveness, they are very colourful, amusing and clear. The Company resides at Koszecin. There, in the old castle, which three hundred years ago belonged to the Polish nobleman Kochcicki and then passed into the hands of German princes, now the Polish youth lives, learns, dances and sings. The repertory of „Śląsk” includes the whole very variegated folklore of this part of Poland. Thus there are songs and dances of Upper-Black Silesia (miners’ songs, those of Lower-White Silesia (songs from Opole region) as well as very characteristic mountaineers’ songs from the Green Silesia. The Company gave performances in almost all cities and towns of Poland. It made also several very successful tours abroad. It was received with enthusiastic notices by the Berlin newspapers; the Paris press wrote about its performances: „The nimbleness, originality, colourfulness and sincere gaiety shown by „Śląsk” captivated the Parisians entirely. “In Brussels, after their performance Queen Elisabeth received the whole Company at the Patois des Beaux Arts and extended to them her congratulations. „Śląsk” – on its tours throughout many countries and continents made the Polish musical folklore known in the world at large.