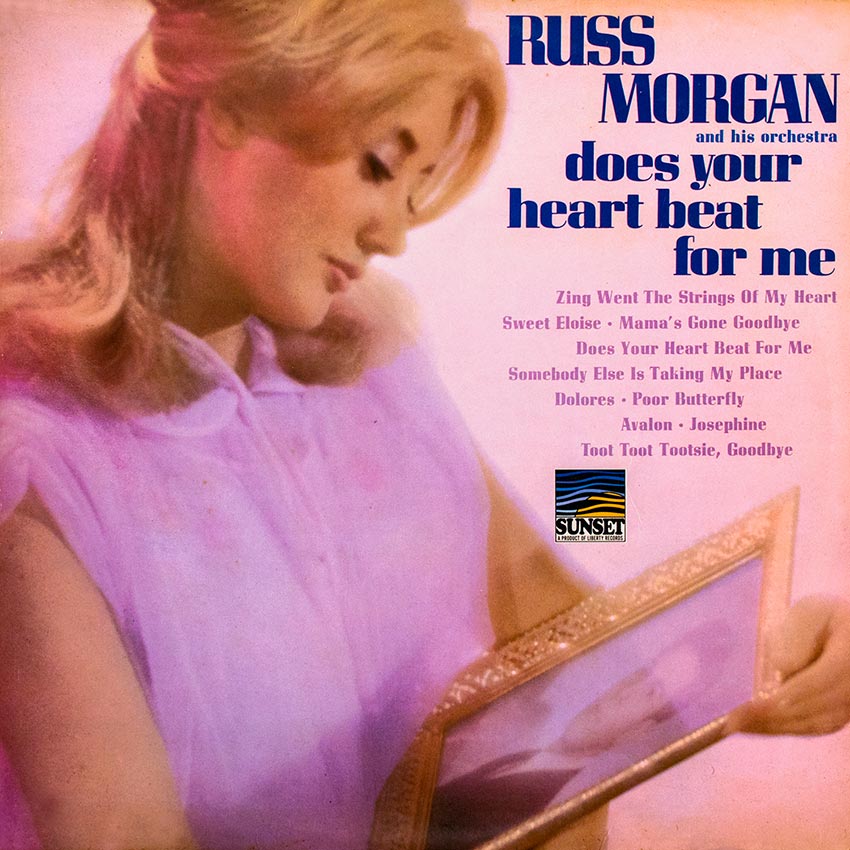 Russ Morgan’s style has remained durably successful for many years, even during the lean days of the band business. The explanation, Russ feels, is that “my orchestra is what might be called a ‘middle of the road’ unit. I allow no distortions in the musical arrangements, and yet I make sure the orchestration is rich. Rather than change the melody to suit the arrangement, I make the arrangement suit the melody.” • “For example,” Russ goes on, “Brahms’ Lullaby is a simple and pure melody. Similarly, its harmonies are simple and pure. So our orchestra plays it just that way. On the other hand, Ravel’s La Valse has a complicated melody with complicated harmonies and rhythms. Therefore, we play it the way it was meant to be played. Why play, for another example, Tea For Two and make it sound like St. Louis Blues? They’re both good tunes, but one should never be orchestrated or performed to sound like the other; or still worse, to sound like a combination of both. In short, in ‘Music In The Morgan Manner,’ the original melody is never distorted.” • The story of Russ Morgan’s growth as a musician and leader is an absorbing one. It took many years and much determination for “Music In The Morgan Manner” to be born and then perfected according to Russ’ criteria. That perfection was achieved and Russ Morgan and his music has become a permanent part of the American music scene. On this particular album, Russ Morgan presents a selection of true “evergreens,” songs that have successfully withstood the test of time. Each one is easily identifiable, and each one benefits from the touch of Russ Morgan. Here, then, is “Music In The Morgan Manner!”