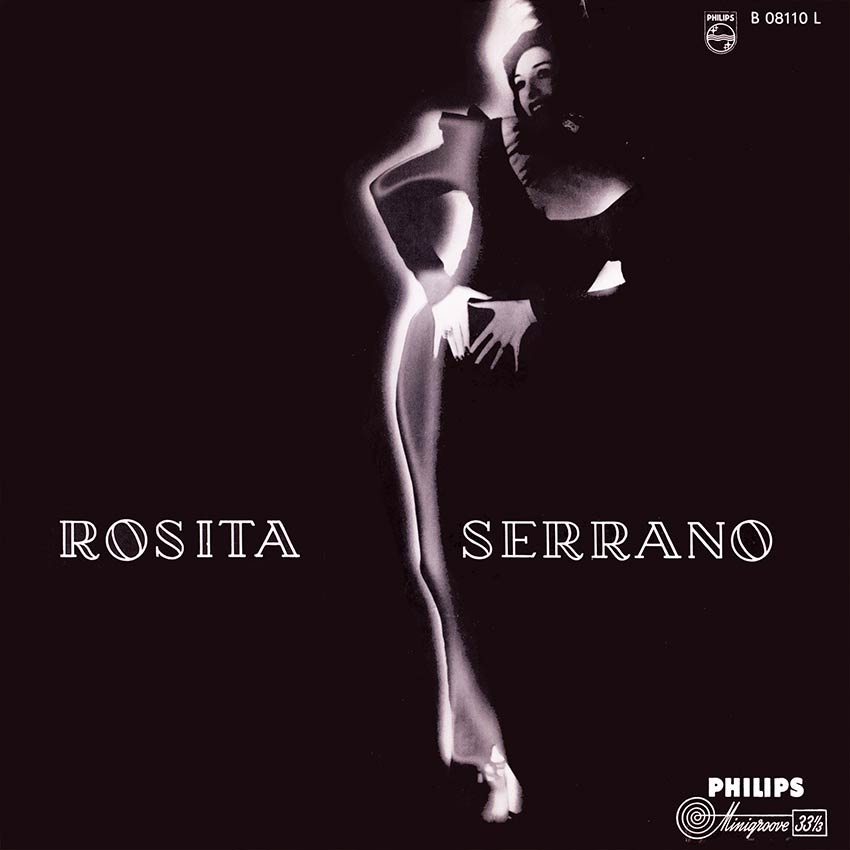 Although that’s her full name she invariably signs herself quite simply: Rosita Serrano. Does this “Chilean Nightingale”, adored not only in her own country but all over the world, whose repertoire embraces no less than sixteen languages, need any further introduction? Everyone knows that this flattering “nightingale” nickname does not only describe her voice, but is equally applicable to another of her unique gifts: whistling. Rosita has not only learnt to imitate a bird in song, but can whistle like a bird too. She has mastered both these techniques in truly a personal, but nevertheless virtuoso manner.

The programme on this record is made up of Spanish, Spanish-related and German songs. Those are just two of the sixteen languages she has mastered and sings. It will suffice to give a picture of her artistic personality which, as far as her repertoire is concerned, often evidences particularly happy affinities with the musical folklore and musical characteristics of other lands and peoples.

Take La Picaronera, for example: a Peruvian folk-song telling the tale of a street-seller specializing in honey-cakes. It is typically Peruvian in all its bright-ness and colour.
Rosita’s long-playing programme also includes a number of compositions by the well-known German composer Michael Jary, a good example of which is that tender, fairytale-like Der kleine Liebesvogel relating the adventures of a bird that only sings “als zwei sich gut sind und ihr Herz in Liebe gluht” Then there’s Jary’s saucy “Oui Madame“, the story of a Paris conquest, and Roter Mohn, a lament about a lost sweetheart. Other numbers in the German section of the programme are Mein Herz sehnt sich nach Liebe and Und die Musi spielt dazua, a lilting scene from a Viennese ballroom to lyrics by Fred Raymond.

In addition to La Picaronera the Spanish section includes that ever-popular world success La Paloma – Resist’s whistling is bound to surprise you in this song and possibly even more so in Corrio Chileno – Brisas del Sur, a “lamento” with lyrics by Rosita and music by Victor del Monte, who conducts the orchestra on this ‘record, Adios Mariquita Linda, a Mexican folk-song, in which an unknown poet bids farewell to the pleasures of this world, No, No, No, Quiero, an exhilarating guaracha, and that short ballad Amotu yaney, a Chilean-Indian love-song that sparkles from beginning to end.