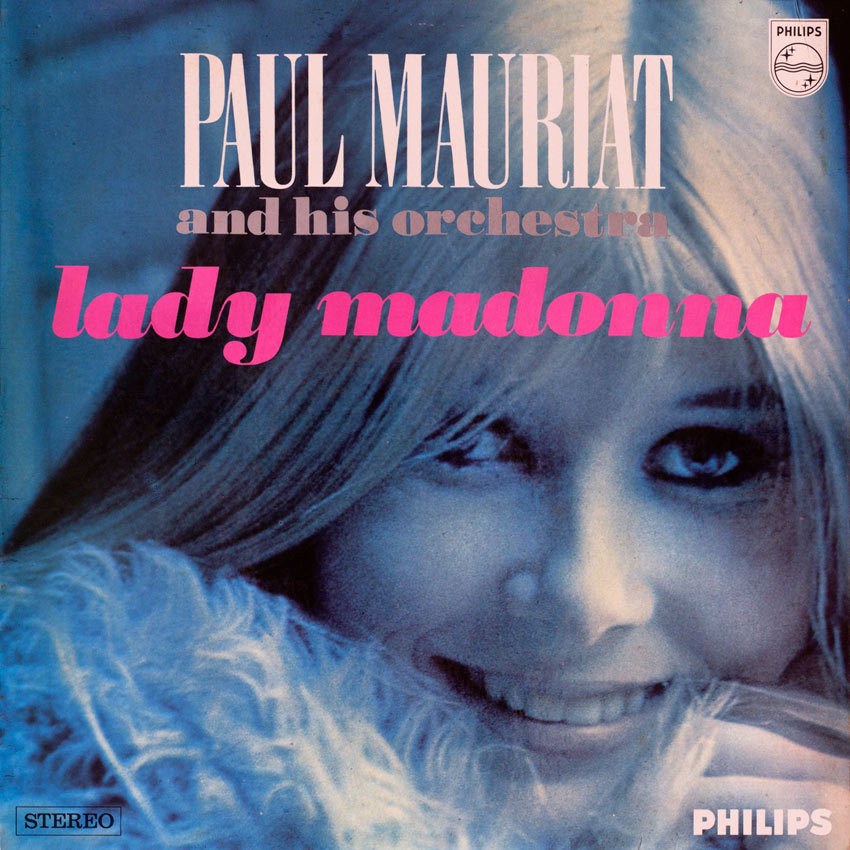 Love Is Blue has proved to be one of the most delightful melodies of 1968, and one wonders how it could possibly have finished as low as fourth in the 1967 Eurovision Song Contest. Still, Paul Mauriat has done much internationally to compensate for this lack of appreciation amongst the Eurovision juries. The tune is one of Andre Popp’s most melodic inspirations, matching the mood of its title perfectly, and Paul Mauriat’s arrangement and orchestral treatment added all that was necessary to make Love Is Blue a million seller throughout the world.

It also served to focus some welcome and overdue international attention on Monsieur Mauriat, already well known in his native France. Paul comes from a French family that can trace its connection with music back through the centuries. In the best Mauriat traditions, he began to play the piano at the tender age of four, and received a thorough grounding in the classics from his father, a successful musician. Paul entered a conservatoire when he was ten, and completed his studies four years later.

The future seemed to hold an illustrious career as a concert pianist, but Paul became aware of jazz and popular music, which until then had barely impinged on his musical life. He started visiting music halls, clubs and variety theatres to hear and see how the other musical half lived, much to the disgust of Mauriat pere. What Paul heard took root and blossomed to the extent that, when he was seventeen, he formed his own orchestra and made a tour of French and European night clubs and cabarets in the face of strong paternal disapproval. Travelling around the country enabled Paul to familiarise himself with audiences of all kinds, but he had set his sights on Pads as the only place where there were sufficient facilities and expert musicians to implement his ideas. Soon after arriving there, he got the chance of arranging and conducting for a singer on a recording session, and spent an agonising and sleepless week writing and re-writing the scores and wondering if he had the slightest hope of establishing himself. The session and the record were successful, however, and offers and assignments of a similar nature mounted in volume for Paul. Eventually he began working with Charles Aznavour, and rates that opportunity as one of the most important and valuable in his whole career.

And now his success with his own orchestra on record and in person provides an interesting and profitable extension to Paul’s musical activities on behalf of other stars. The personal Mauriat touch and ideas find an outlet in his own recordings, and Love Is Blue showed just how effective that touch is.

“Lady Madonna” demonstrates it with excellent effect. Paul has taken a wide range of tunes for his orchestral attention. There is La Peregrinacion, a lovely Christmas song from Argentina; the title song and Eleanor Rigby from the song book of John Lennon and Paul McCartney; the sad little number about Honey, the ingratiating one about the guy in love, and the one dedicated to the unique and active Madame Robinson, Plus some very welcome and worthwhile items from the Continent.

The melodic Mauriat approach invests each one with lasting charm and appeal, and while love may be blue on occasions, the entertainment provided by Paul Mauriat and his Orchestra never is.