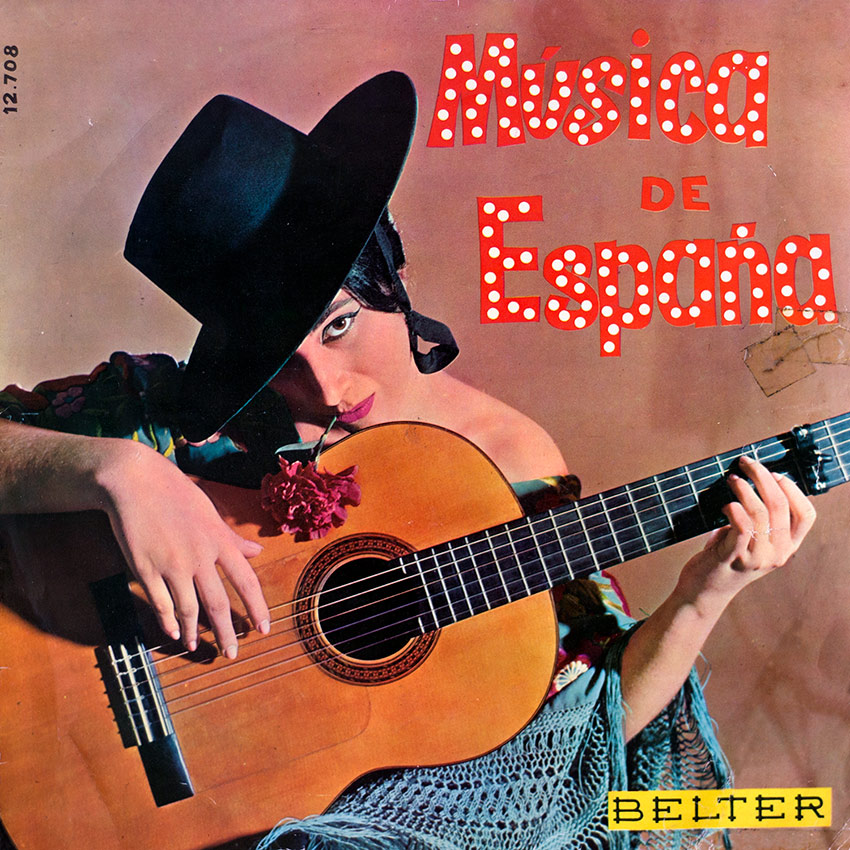 The celebrated composer Manuel de Falla found —scattered and formless, without rhyme or reason—an Andalusian folk art, ancient and graceful like the sea, with its qualities not yet organised, and he raised to the level of Art, to the level of culture and conscience, those values inherent in the racial intuition, giving them the stamp of perfection. By Manuel de Falla, this record contains the «Danza del terror» (The dance of the Terror) from t El amor brujo» and the «Dan za del molinero» (The Miller’s dance) from «El sombre-ro de los tres picos», which have been given prestige by the masterful interpretation of the London Phil-harmonic Orchestra.

Pinned by this golden brooch, the other compositions contained in Music of Spain have been chosen with a view to tracing a panorama as complete as possible of the dances and songs of Spain, principally of Andalusia. In this way, from the fandangos, a dance completely rooted in Spain, known in the 17th Century, if not earlier and extended throughout the whole of Spain, to the zambra, the ritual dance vitalised by the gipsies, passing by way of the solea, by bulerias, the tientos and the serranas, examples especially «jondos» which keep in their bosom a deep emotional content expressed in heart beats, all these dances and songs keep in this record the flavour and purity which have lasted from the remote time of their creation.

Together with these, Music of Spain enfolds some compositions belonging to the type know as fla-menco, a more or less accidental derivation of the «jondo» which sometimes leaves one to guess, beneath its gay and playful aspect, those brilliant and sudden scintillations which are like reminders of its noble origin : «El gitano seriorito», «Aires de Cadiz», «Bajo mi cielo andaluz», «Espana carli» and «Paresito faraon».

The rich diversity of this record is increased by three «pasodobleso «La novia de Espana», «El pica-dor» and «Madrid de mis amores». The pasodoble is a dance common to various Spanish regions, airy and mettlesome, and which within its own peculiar adornments, always full of vivacity and elegance, undergoes innumerable variations and innovations.