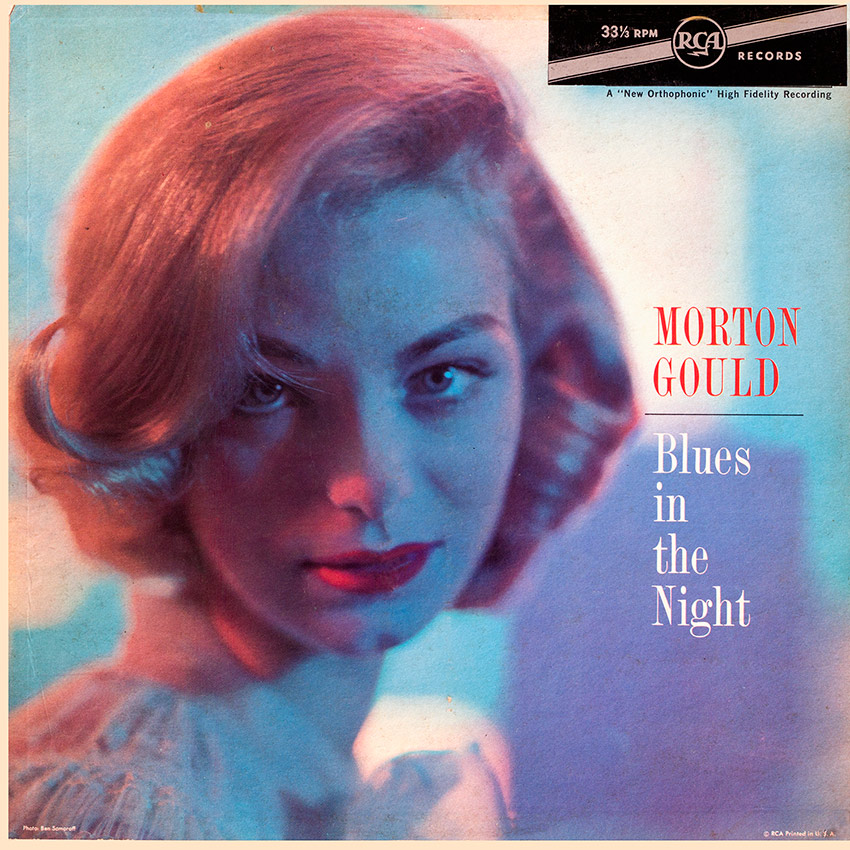 You, too, can create a blues theme. Perhaps you already have. It can happen most any time after dark, when you suffer an attack of nostalgia. This is not classical nostalgia, which is Heimweh, but Authentic Nostalgia, which involves a ponderable quota of self-pity. It is likely to be engendered by thoughts of an affront from someone who should have treated .you better. It needn’t be that personal, of course, but it is more fun to make up a blues theme about the some-one who didn’t understand ( or, more poignantly, certainly did! ) than about discomforts, even though they be financial. You may find words for your blues theme, but we’re talkin’ tunes now.

When you’re suffering from Authentic Nostalgia, a blues theme can be an agreeable palliative. You hum it or sing it or whistle it in musical contemplation of your sentimental malaise. You keep on giving it voice or vent, in an apparently definitive set of tones, but if you taped your first venture in self-expression and your second, you might be astonished to notice the changes in the theme. Perform it for a listener who might, in turn, sing or play it, and there would be further variations on your scrap of melody. As it passes from hand to hand, or, as some have remarked, from mouth to foot, it continues to have a somewhat amorphous design. As Morton Gould observes, a blues theme is “not set.” It is, he believes, the kick-off for improvisation, and almost everyone who deals with it is in some degree an improviser. The “not set” nature of a blues theme is obvious in its uncertainty about its tonality, which usually is ambivalent, not being convinced that it is all major or all minor — or that this makes much difference. When the little theme grows up to be a composition, it is likely to come to a major conclusion. It’s a not too rigid tradition of blues compositions, and has no special implication concerning the major-minor dichotomy of blues themes.

The basic materials of the dozen settings collected here as BLUES IN THE NIGHT are not simply blues themes and they don’t contain anything made from the home kit for blues manufacture. They are blues compositions, in which musicians of gifts and skills have developed blues themes or suggestions of blues atmosphere into successful songs and instrumental works. The initial blues elements have indicated to Mr. Gould the treatments that you hear in these presentations, but the entire composition is involved in the orchestral fantasy that ensues. Some of them are not officially blues, but all have within them an emotion that finds voice in melodié bleue. Six of them were originally instrumental music; two began as unaffiliated songs, two were from revues, one was from a film, and one was from a musical play. It may be pertinent to observe that one of the works, the Nocturne, is from Thomas Griselle’s Two American Sketches (the other sketch was a march) , which won the first prize of $10,000 in a Victor Talking Machine Company competition in 1928.

Let us revert, for a moment, to the subject at hand. Most blues concern a personal unhappiness. And to expand a well-esteemed cliché, this unhappiness becomes more agree-able when it is shared. When this sorrow is converted into the writing of one of our leading American composers, and then translated to a large orchestra, your sorrow is shared by so many people that the whole transaction has become eminently attractive.

The fantasies, which, Mr. Gould remarks, develop from the periphery of the blues, are improvisatory in feeling but written down on score paper as precisely as if they were a four-movement symphony in G-flat minor, in which key none of these is — or many symphonies, for that matter.

Even the electronic devices and techniques are part of the scores which Mr. Gould has prepared. This then, is an amalgamation of individual inspiration and electric wizardry, but the free-jazz factor underlies Mr. Gould’s writing. It does so because many of these men, who are experienced and resourceful in playing the symphonic repertory, are accomplished jazz artists also. They can bring to the performance of music on paper not only the surety of expert symphonic readers and stylists, but the necessary waywardness of the popular improviser. They can “play strict and keep loose,” as the early-nineteenth-century conductors used to say to their bands, if this has been reduced to English correctly. The result is quite personal, both as to Mr. Gould’s settings and interpretations and as to your reaction. Some of the compositions will have special associations, perhaps mnemonic twinges that recall some blues moments of your own. Others will be simply a few minutes of brilliant sound — and is that a misfortune?

What any blues composition — or even wispy blues theme that you became possessor of — says to you is between you and the blues. It doesn’t need to say the same thing every time you hear it, and it may not even sound the same way every time you hear it on the same recording! There are many shadings in BLUES IN THE NIGHT. They won’t seem quite the same to you always, depending on your own mood as you play the record. You know how it is with the blues!
Notes by ROBERT A. SIMON © by Radio Corporation of America, 1957

This Is an RCA Victor “New Orthophonic” High Fidelity Recording.
It is distinguished by these characteristics: 1. Complete frequency range. 2. Ideal dynamic range plus clarity and brilliance. 3. Constant fidelity from outside to inside of record. 4. Improved quiet surfaces.

It is distinguished by these characteristics: 1. Complete frequency range. 2. Ideal dynamic range plus clarity and brilliance. 3. Constant fidelity from outside to inside of record. 4. Improved quiet surfaces.
A blunted or chipped needle can permanently damage your most valuable records. A worn needle will impair the quality of sound reproduction you hear. Make sure your needle is in good condition before you play this record. If in doubt, have it checked by your dealer — or buy a new needle.
LM-2104 Printed in U. S. A.