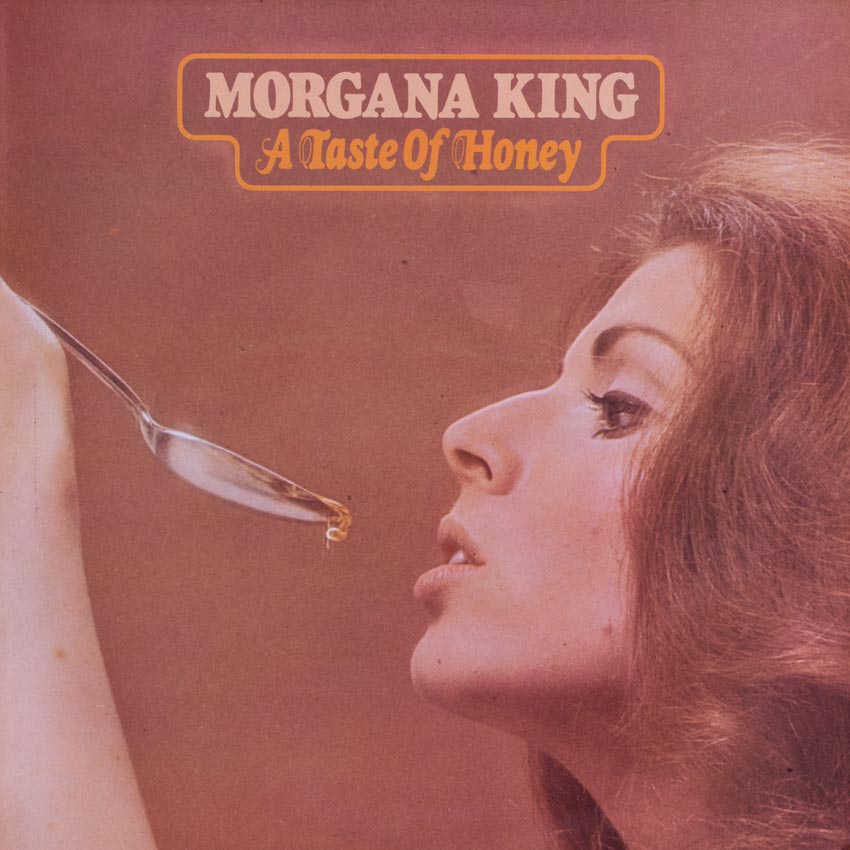 One of the basic characteristics of any great artist is integrity, not only to themselves but to their many admirers who instilled with a deep sense of dedication expect consummate effort from the artist. Morgana King is a sensitive artist who employs with deep respect and reverence a style of singing that is imaginative and unique.

The wildly lyrical flights, the gorgeous swoops and glisses, the intense and dynamic structures that mark Morgana’s performances now are the end result of a long and arduous life-gathered frame of reference, sometimes painful and often starkly beautiful…distilled and placed in that subtly aging cask, ultimately ready for the tasting.

A lot of Morgana King’s greatness is in the future … because she’s a growing, wonderfully developing and complex human being. There’s an earthiness about Morgana that comes out when she gets to know you …or a song…really well. That’s why the songs you hear her do are tested, wrung out, dissected, clinically analysed and then put back together in such a lovely way that you could cry when you hear them.

Before one recording date was even scheduled, Morgana spent weeks and weeks going over countless numbers of compositions, seeking out the right ones for the album. After selecting the songs Morgana worked them in her act. This way she was thoroughly familiar with each tune. The one common pitfall which Morgana avoided was not allowing her interpretations to become stereotyped or sound dried up.

When Morgana was convinced that her interpretation was just right, her next procedure was to sit down with the arranger and work out her ideas with him. The arranger she chose is one of the freshest, most creative writing talents to come along in quite a while. His name is Torrie Zito and the combination of Morgana King and Torrie Zito is a perfect match. It’s like a Lorenz Hart lyric supported by a Richard Rodgers melody. Morgana and Torrie put their creative minds together and worked each tune out.

The original conception of “A TASTE OF HONEY” was moderately up tempo and initially performed instrumentally. Then Barbra Streisand recorded it in ballad style with a wispy, imaginative interpretation, but Morgana’s reading is so candid that it makes all the others obsolete and I’m sure that in the future there will be many artists who will try to imitate it, but the way she phrased and interpreted “A TASTE OF HONEY” will never be equalled. Torrie Zito sets the mood perfectly with a poignant introduction. Morgana sings the first verse delicately, accompanied by Barry Gailbraith’s smooth even guitar. Then she goes into the chorus which is sung in an up tempo. Here the steady drumwork of Mel Lewis and the tasty penetrating fills of Dave McKenna fully support Morgana. The second verse and chorus are performed in the same manner. The third verse is again sung in a slow moving style, but this time Morgana is accompanied by a magnificent counter melody in the strings that reminds you a lot of a duet by Puccini. Supported by a punching brass, soaring strings and Phil Woods’ tenor obligato, Morgana reaches to great heights as she makes the last chorus really swing. She then tapers off into a soft melancholy ending making full use of her unusual vocal style.

With each tune on this album Morgana King displays her talent as a true stylist. She is a unique vocalist, one that only comes along once in a great while—Morgana—A Taste of Honey.