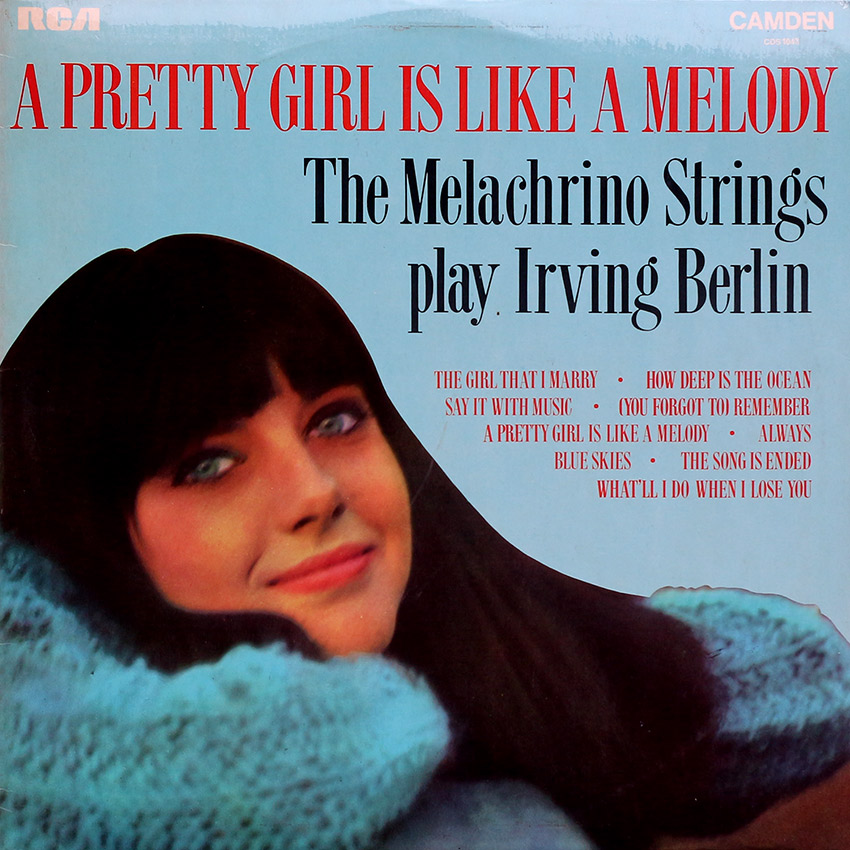 Composer Jerome Kern once said, “Irving Berlin has no place in American music: he is American music”. Who could deny that statement when recalling such famous Berlin classics as Easter Parade, God Bless America and White Christmas? In a sense, Irving Berlin is a national hero. With his music he has tested America’s morale, lifted spirits and even diverted the disheartened.

He was born May 11, 1888, in Temun, Russia. but when he was four years old. his family emigrated to the United States where they settled in a crowded tenement on Cherry Street in New York’s lower East Side. Irving first sang on street corners for pennies and then found steady work as a singing waiter at Mike Salter’s Pelham Cafe in New York’s Chinatown. At the cafe Irving collaborated with the piano player to produce an original composition, Marie from Sunny Italy and thus was created the American musical in Berlin.

Berlin’s greatest strength lies in the charm and simplicity of his melodies and lyrics which unite in songs of universal appeal. He creates almost instinctively, for his works are not the result of academic training – Berlin’s formal education ended after two years of grade school.

This album contains several Berlin favorites, and these songs adapt beautifully to that wonderful rich mood treatment so well known to the Melachrino Strings.

The tunes here represent the scope and imagination of Irving Berlin. Berlin had suggested that the Music Box Theater in New York be built, and he wrote its theme song, Say It with Music, while the blueprints were being drawn up. The theater opened in 1921 with the first Music Box Revue.

He wrote ‘A Pretty Girl Is Like a Melody‘ for the tamed Ziegfeld Follies. In the 1920s Berlin wrote some of his most memorable ballads, such as ‘What’ll I Do‘, ‘Remember‘, ‘Always‘, ‘The Song Is Ended‘ and ‘Blue Skies‘.

And in 1946 Berlin wrote what many consider his best score – the music for “Annie Get Your Gun,” From that musical comes the classic ‘The Girl That I Marry‘.

The music of Irving Berlin will remain.. and with such superb musicians as the Melachrino Strings interpreting his melodies with their insight and understanding, lending their special bright touch, our musical inheritance will be doubly enriched.