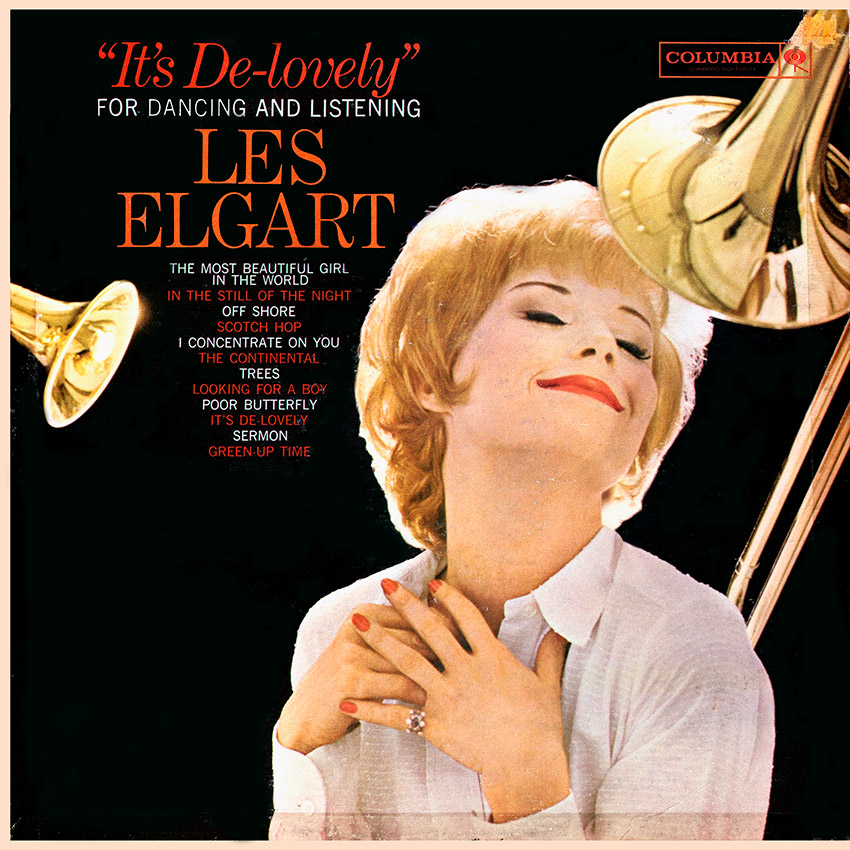 The infectious, sophisticated sound of Les Elgart and his orchestra is a natural for either those who like dancing (to The Most Beautiful Girl in the World, The Continental, for instance) or those who prefer that relaxed, reflective mood (as in I Concentrate on You, or Sermon). Elgart’s orchestra and his distinctive approach to a melody have been immensely popular for some time.

Most recent evidence: he was twice voted Favorite Band in Disc Jockey Polls by the authoritative music trade paper Billboard, and in a poll by Cash Box, another music trade publication, Elgart was voted Most Programmed Band by disc jockeys.

How did this all come about? As a mere ten-year-old in New London, Connecticut, Les began playing the bugle; in high school he switched to a more widely-appreciated trumpet. An excellent baseball player, Les was also adept at organizing his own teen-age orchestras. But proficiency in more than one skill breeds its own problems and choices. Although three major league scouts spotted him, Les excused himself from baseball and chose instead to pursue a career in popular music.

In the Forties, Les played with the Bunny Berigan, Charlie Spivak and Hal McIntyre orchestras. When the Elgart orchestra was formed, an important step was taken in achieving distinctive quality of sound. On-stage seating of the musicians was re-arranged for better spread between the instruments; plywood reflector boards were placed behind them to focus the sound more sharply. These innovations resulted in an improved resonance and a richer sound.

On IT’S DE-LOVELY we can hear further developments Les has made in the famous “Elgart sound,” as well as his fresh arrangements of many “standards.” He proves, for example, that the venerable Trees could make good dance music, that Lerner and Weill’s Green-Up Time (from the Broad-way show Love Life) is irresistible. Newer tunes treated by Elgart are Off Shore, Scotch Hop, and Sermon.

Here, then, are Les’ latest offerings for those who enjoy either dancing or just listening – In the Still of the Night.