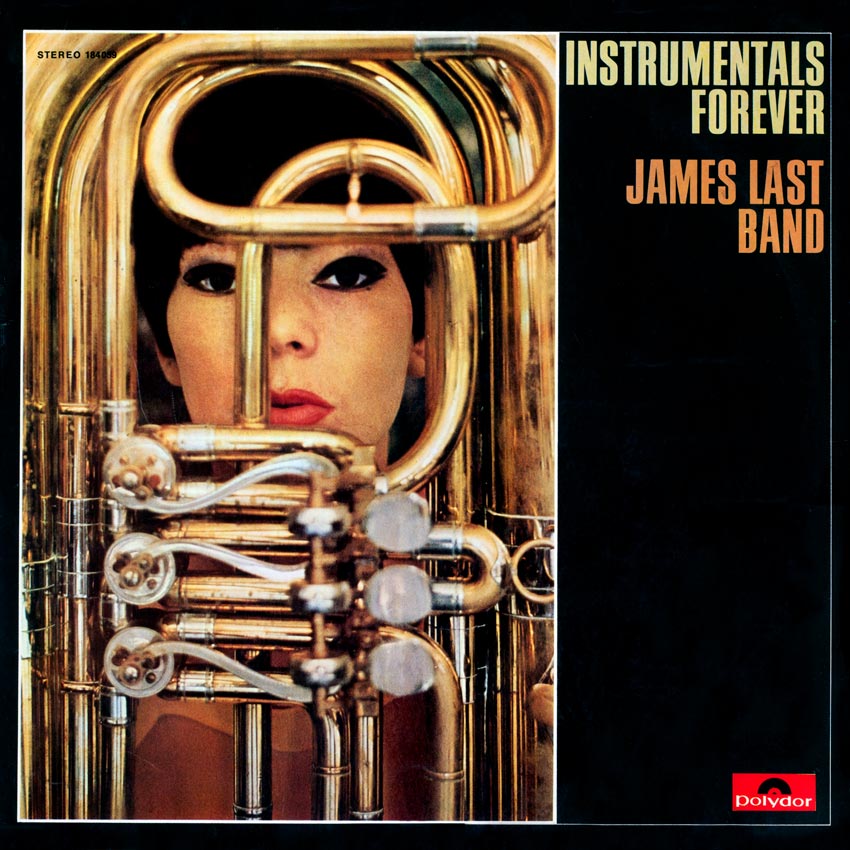 When at first the grooves of a brand new Polydor LP began to swing more than before, when super actual hit titles could at first be heard with quite a hew instrumentation, there for the first time a new orchestra’s name appeared on the label which before could not have been found in any register: The James Last Band. A many voiced enthusiasm and still more “Bravos” were the unfailing effect. That was quite right. That was what had been missing for dancing. In short: It was the dot on the i! The parties became more animated and received that drive which was always longed for by party fans.

Who is behind this music? What about this James Last Band? Who is the musical magician? These are the questions which by letters and by telephone came to Polydor again and again.

The name: Hans Last. Born in Bremen on April 17, 1929. Highly talented arranger and orchestra leader. They tell that little Hans at the age of nine was able to play “Haenschen Klein” very perfectly on the piano. His parents, being elated over this, agreed that he should have piano lessons when he was ten years Ad. At the age of 14 he went to the music school which he left not before having finished his studies. His favourite instrument was bass. From 1950 to 1953 he was, by the German Jazz Poll, selected the best bassist. A short time later he organized his own band at Radio Bremen.

In 1955 he went to Hamburg. Here began his ascent as a composer and arranger. Suddenly he was on top. Whenever his arrangements were presented for recordings, they were always accepted as being of the best quality. Catarina Valente, Freddy, Alfred Hause, Lolita, Helrnut Zacharias, to name only a few that he arranged for, again and again praised him for his work.

In 1964 Hans Last signed an exclusive contract as producer with Polydor. Now for the first time he was able to develop freely and to record his own ideas. The results are known. James Last and his band are on the road to success. Besides his music, when time allows, James persues his many hobbies. His favourites being sailing, playing tennis, and skiing.