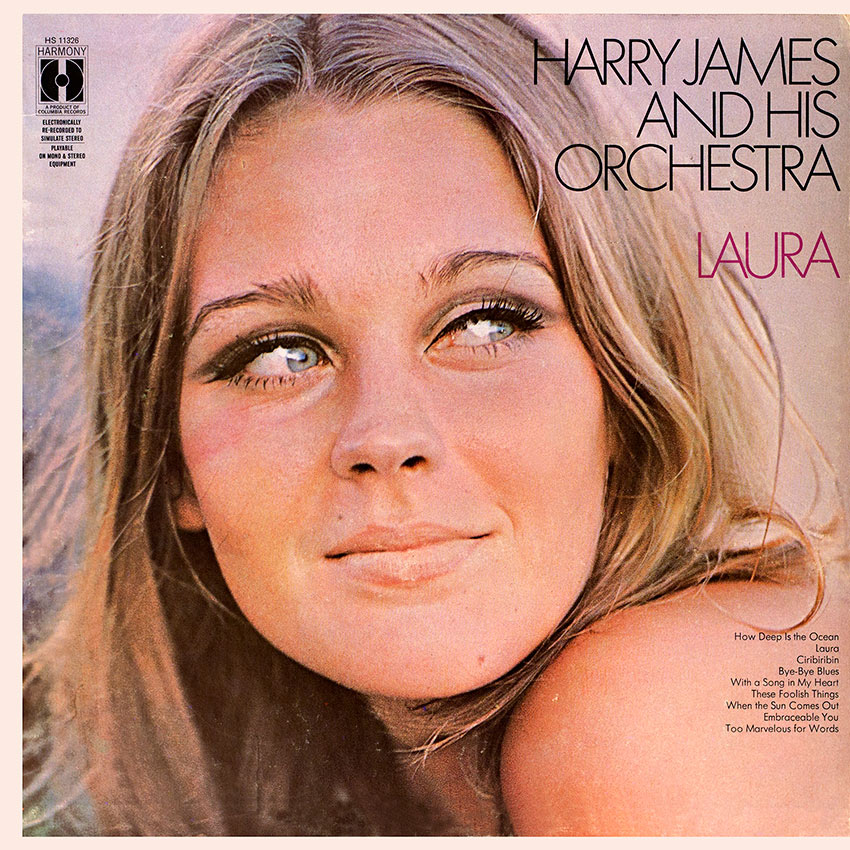 Once Harry James’s band was on tour and delayed by a snowstorm. Harry picked up a group of local musicians and went on the aft. A listener observed, “The audience heard that trumpet and they never knew the difference!” His great, honeyed horn always cuts a very wide swath — it’s a powerhouse. Even in the midst of the great sidemen in the Goodman band of the late Thirties and early Forbes where he played, James stood out like a jewel. He was “born in a circus trunk” where his mother was a trapeze artist and his father a bandleader. His full name is Henry Haag James, the Haag from the circus of the same name where his parents worked. In this album, we’ve chosen some of his greatest recordings — they’re danceable and very listenable and they include some of the finest songs in recent years. As an added bonus, two of the numbers feature the marvelous voice of Doris Day, who was once the band vocalist for Harry — her first big break. When you add it all up, it’s a package you should be proud to take home and play.