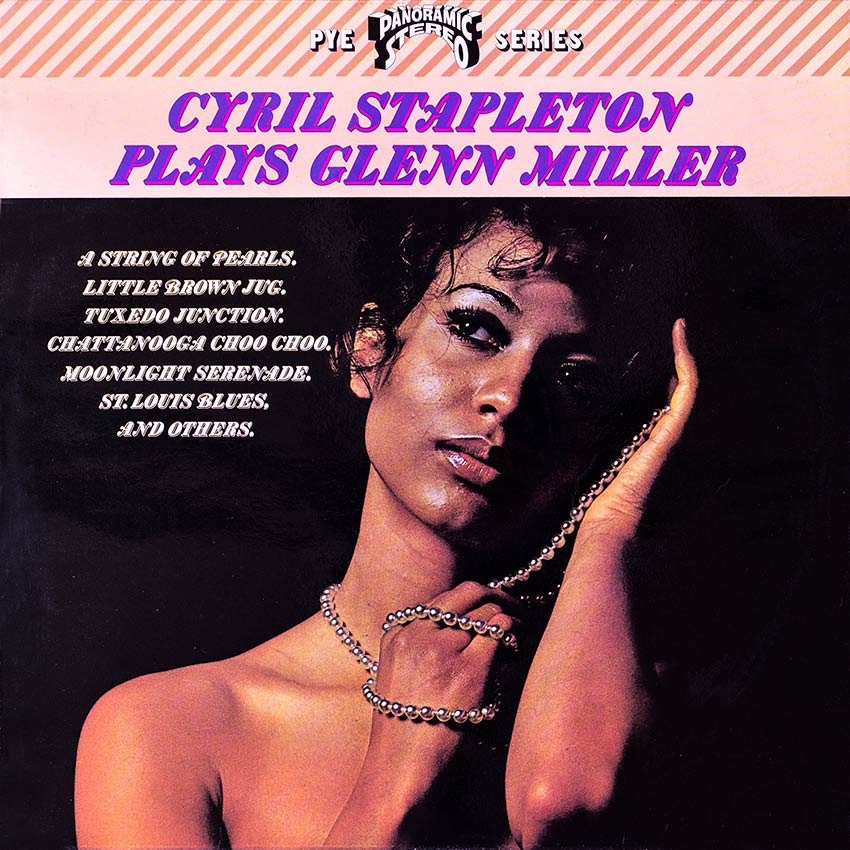 Although it is now almost twenty-five years since Glenn Miller lost his life, it is true to say that even today his music has a great hold over the public, for despite the tremendous change in the music scene since Miller’s hey-day, his music is still requested on the radio; still played at concerts and dances.

For music to have survived as long as this it had to be something rather different, which of course the Glenn Miller music was. The Miller orchestra was the personification of musical perfection with a beautifully blended saxophone sound coupled with fantastic precision in the brass. It was a band which made an enormous impression on the whole world.

For this album in panoramic stereo, Cyril Stapleton decided to slightly modernise the music of Glenn Miller, without destroying the charm and style of the original orchestrations. This decision was made because a progressive musician such as Glenn Miller would surely, had he been alive today, have taken every advantage of modern recording sound and technique.

Stapleton therefore enlisted the talents of Britain’s finest musicians, combined them with the outstanding arranging abilities of Kenny Woodman and produced this album of some of Miller’s greatest tunes, played and recorded in a way which, I am sure, would have been applauded by the great man Miller himself. This kind of Miller album comes your way but once in a life-time it would be foolish to overlook it. Roland E. Taylor,
Editor: “The Moonlight Serenader”
Glenn Miller Society,
London, England.